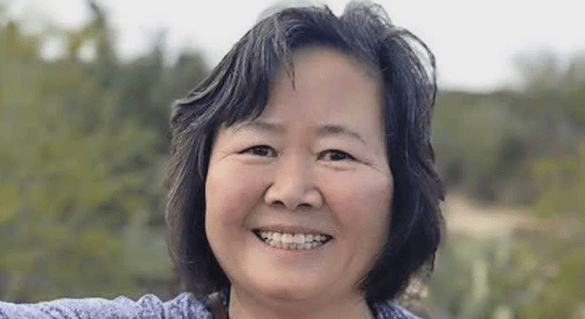 Shuping Wang, the Chinese-born medical researcher who exposed the poor health practices of the local government that were contributing to the rise of HIV in central China during the 1990s, has passed away. Shuping was 59 years old and is survived by her husband, brother, and three children. She courageously exposed China’s HIV scandal and paid a heavy price.

Shuping was born in 1959 to a mother who was a village doctor. Her father was a math teacher involved in resisting Mao’s communist forces. During the Cultural Revolution, her parents were attacked by the state. Since she refused to denounce her parents, Shuping’s schooling was cut short. She was eventually adopted by one of her uncles who belonged to the Communist Party and who gave her the surname “Wang,” which enabled her to continue her education. When she grew up, Shuping pursued medicine.

In 1991, Shuping was working at a plasma collection center in Henan. In those days, Henan was witnessing a boom in blood collection since poor farmers used to trade their blood plasma for money. She discovered that the people selling blood had high levels of hepatitis C. Shuping warned the Ministry of Health about the possible spread of the virus, due to which it was announced that donors needed to undergo a screening for the infection. But instead of being praised, Shuping was forced out of her job, as some of the officials felt that her actions had harmed their business by increasing costs.

In 1995, Shuping discovered the rampant HIV problem spreading in China. She identified the problem after coming into contact with a blood donor who tested positive for HIV, but had still sold his blood in four different regions. Her warnings were brushed aside by the authorities since they argued that checking the donors for HIV would be too costly. When Shuping did a blood analysis of 400 donors, she found that almost 13 percent were infected with HIV.

Starting in 1996, blood collection sites were required to perform tests for HIV infection. At a health conference, an official complained about her decision to report the HIV epidemic to the government. “He said, [who is] the guy — how dare he [write] a report about this? I stood up and said I’m not a man. I’m a woman and I reported this… I lost my job, they asked me to stay home and work for my husband,” she said to the BBC. Shuping’s husband left her after the incident. In 2001, Shuping moved to the U.S. where she started a new life and married for the second time. She died on September 21, 2019, possibly due to a heart attack.

“Shuping was a remarkable person who demonstrated dedication to work and compassion for others… To know Shuping you would never imagine that prior to coming to America, she was at the heart of a public health scandal in China, and that later her story was told and performed. Shuping’s life was cut short, but she left our workplace and world a better place,” Amy Sikalis, the research director of the Radiology and Imaging Sciences Department at the University of Utah, said to The Scientist.

Scientists from Peking University recently conducted a gene-editing experiment that might help prevent HIV infection. During the experiment, the scientists took out bone marrow stem cells from a volunteer suffering from AIDS, edited a gene called CCR5, and re-transplanted the edited cells back into the person.

The scientists discovered that the blood cells produced by the edited cells had the ability to resist HIV infection. “In the future, further improving the efficiency of gene-editing and optimizing the transplantation procedure should accelerate the transition to clinical applications,” lead scientist Deng Hongkui said to CNN. Prior to the human study, the scientists had carried out a similar experiment on mice, which also resulted in making them resistant to HIV.