US Slams China Over Continued Persecution of Uyghurs 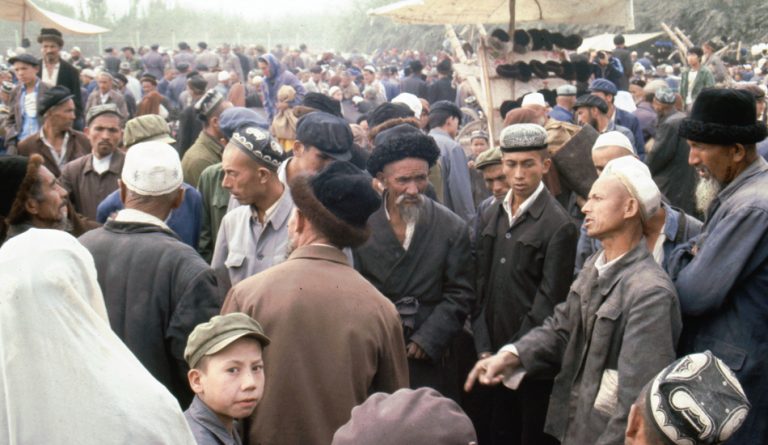 Many have criticized the horrific treatment of the Uyghur Muslim minority by the Chinese communist government. (Image: UC Berkeley via flickr CC BY 2.0 )

Top U.S. officials, including President Donald Trump, recently called for promoting religious freedom worldwide. At the same time, many criticized the horrific treatment and persecution of Uyghurs by the Chinese communist government.

At an event featuring a Uyghur woman’s experience in China, President Trump asked the world to end religious persecution. He also announced that the U.S. government will be pledging US$25 million to protect religious sites and relics all over the world. Though Trump did not specifically mention Xinjiang, the fact that he called for ending religious persecution at an event featuring a person from the Uyghur community was enough to send Beijing into a frenzy. A Chinese spokesperson at the event accused the U.S. of using religious freedom as a “cover” to criticize other nations’ sovereignty.

However, the main speaker at the event, a Uyghur woman called Jewher Ilham, put the spotlight on the atrocities the Chinese Communist Party has committed to her community. Her father has been imprisoned by Beijing. “Every day millions of Uighurs and other Muslim minorities in China are being abused, drugged and indoctrinated in the government’s concentration camps… Beijing believes Islam is a sickness to be treated with an iron fist,” she said at the event (Reuters).

One of the attendees at the event was Mike Pence, who criticized China for arresting Christian pastors, demolishing churches, banning the sale of Bibles, and imprisoning over a million Uyghurs. U.S. Secretary of State, Michael Pompeo, asked the Catholic Church and other nations to join America’s aim to promote religious freedom during a visit to the Vatican. Sam Brownback, the U.S. Ambassador at Large for International Religious Freedom, expressed his displeasure at how the Uyghur issue has been handled by the world.

“I’m very disappointed that a number of nations have signed a letter saying that what the Chinese are doing with the Uighurs is fine. I’m stunned because you’ve got a million people in concentration camps in 2019 and you’re not concerned about this? And I’m concerned about a number of Islamic countries, in particular, that wouldn’t stand up and speak out about this,” he said in a statement.

In its 2019 annual report, the United States Commission on International Religious Freedom (USCIRF), asked the U.S. government to invoke the International Religious Freedom Act and the Global Magnitsky Human Rights Accountability Act to sanction and ban visas of Chinese officials responsible for abuses against religious believers. The Communist Party Secretary of Xinjiang, Chen Quanguo, was one of the officials criticized in the report.

China’s increasing interference in Hong Kong has made Christians in the country nervous. Due to the “one country, two systems” rule, Hong Kong Christians could freely practice and profess their faith. But if China gets its way and takes control over the city, things will end up worse. This is why the Christian community has been a strong supporter of the anti-extradition protests.

“We fear that Christians in Hong Kong will suffer the same fate as Christians in mainland China… With our churches being burnt down, our leaders having to be approved, and our Bible being changed to suit Communist propaganda,” a pastor who was attending one of the protests said to First Things. Christians account for about 11.8 percent of the Hong Kong population. At the protests, they have been encouraging the demonstrators by singing hymns such as Sing Hallelujah to the Lord.