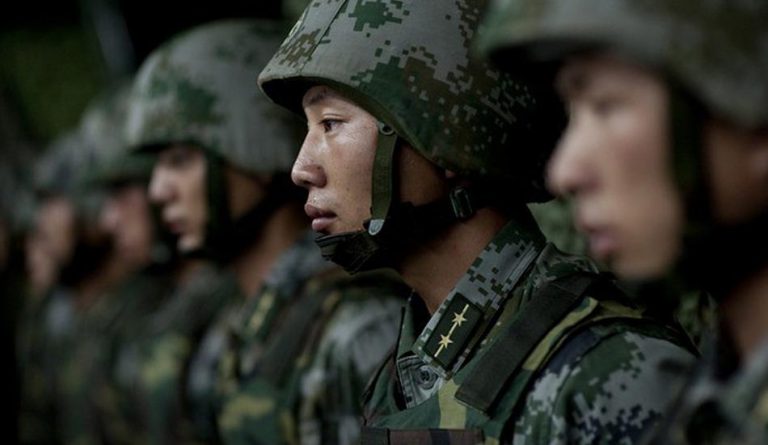 China’s military strength is only one of the reasons they have been ranked as Japan’s biggest security threat. (Image: Times Asi via flickr CC BY 2.0 )

Japan’s annual defense review has ranked China as the country’s biggest security threat, displacing North Korea in the process. The new rankings have been decided despite indications that North Korea might possibly have nuclear-armed ballistic missiles that could be used against Japan.

An official from Japan’s Ministry of Defense stated that the ranking reflects the growing realization that apart from the U.S., China is the only other country that is capable of projecting its influence worldwide. The defense review report also warns that Beijing can use its Belt and Road Initiative (BRI) to push its military into the Pacific and Indian oceans. Such a move will inevitably disrupt peace in the region.

“China engages in unilateral, coercive attempts to alter the status quo based on its own assertions that are incompatible with the existing international order… It is possible that the construction of infrastructure based on the initiative will further promote the activities of the PLA in the Indian Ocean, Pacific Ocean and elsewhere,” the report stated (South China Morning Post).

To keep itself militarily competitive with China, Japan has been buying up U.S. weapons. According to its latest budget request, the Japanese military is seeking over US$1 billion to buy nine Lockheed Martin F-35 stealth fighters. Though Tokyo has been increasing defense spending, it is dwarfed by China’s military budget, which is about three times that of Japan. The Chinese foreign ministry lashed out at the report, calling it a “groundless criticism” of their military activities.

The report also downgraded Japan’s alliance with South Korea after the latter pulled out of an intelligence-sharing pact with Tokyo due to a dispute over their wartime history. Both Japan and South Korea claim ownership of an island in the Sea of Japan. “Our government strongly protests Japan’s repeated claim. The Japanese government should acknowledge that it is not helpful for bilateral relations,” South Korea’s foreign ministry said in a statement (The Telegraph).

On October 1, a missile fired by North Korea reportedly fell into waters off the west coast of Japan. The Japanese Chief Cabinet Secretary stated that the missile had split into two, with one part falling in their country’s Exclusive Economic Zone (EEZ). Prime Minister Shinzo Abe condemned the launch, calling it a violation of the United Nations Security Council resolutions.

North Korea is expected to resume talks with the U.S. very soon. A previous meeting between Donald Trump and Kim Jong-un ended without a deal since the North Korean side wasn’t too keen on America’s denuclearization demand. “The launch was likely a reminder by the North, which rejects the UN resolutions banning the use of ballistic missile technology as an infringement on its right to self-defense, of its weapons capability ahead of the talks with Washington,” according to CNBC.

South Korea stated that the missile may have been fired from a submarine. If true, North Korea’s actions will be considered extremely dangerous, since this would prove that the country has attained submarine-based missile capability. At present, North Korea is estimated to have about 70 submarines. If a part, or all of the submarine fleet, achieves missile launch capabilities, it would mean that North Korea will be able to sneak into territories of other countries and launch attacks.