According to Law: Police Have Immunity Against Stealing and Killing 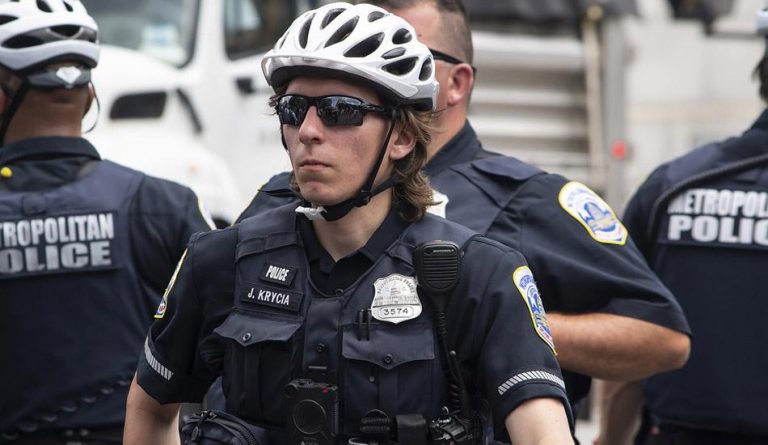 A U.S. court ruled that police had immunity against stealing during a raid. (Image: pixabay / CC0 1.0)

A United States court recently ruled that the police officers who were accused of stealing over US$225,000 during a search warrant cannot be considered guilty. The reason — the officers are protected by qualified immunity and can therefore not be sued.

In 2013, officers from the Fresno Police Department carried out a raid at the homes and businesses of two people, Micah Jessop and Brittan Ashjian. Once the search concluded, the officers provided both men with a ledger that detailed the value of confiscated items, which amounted to US$50,000.

However, both men accuse the officers of taking US$151,380 in cash and US$125,000 in rare coins, totaling US$276,380. Since the officers only admitted to taking away US$50,000, they are said to have stolen the remaining US$226,380. The men approached the U.S. Ninth Circuit Court of Appeals. But instead of determining whether the officers were guilty, the court declared their actions were protected under “qualified immunity.”

Qualified immunity basically allows public officials to violate a person’s constitutional rights provided that the rights have not been established under the current law. The concept was created to protect civil servants from harassment that would impede their duty. However, this also gives these officials the power to do things that would normally be declared worthy of prison.

In this specific case, Ashjian and Jessop had argued that the theft violated the Fourth Amendment rights that protect citizens against unlawful search and seizure. But since the officers had a valid search warrant, the court judged them not guilty. Judge Milan D. Smith Jr. wrote in the decision that not all immoral action violates the constitution.

“This is upsetting… To know that if the police have a search warrant that’s valid, they could steal your things and you don’t have the ability to pursue it,” he said to The Fresno Bee. Shocked by the court’s decision, several civil liberty organizations have filed a joint amicus brief urging the Ninth Circuit to re-hear the case.

“Given the abuse that already exists when the government is permitted to seize property for the government’s own use… further immunizing officers who commit outright theft for their own personal profit will make it even easier for government officials to abuse their authority and escape any liability,” warned the joint amicus (Forbes).

In July, qualified immunity came under criticism after a court ruled that an officer who shot a 10-year-old child was not guilty. The incident happened in 2014 when officers were pursuing a man suspected of wounding a police officer during a robbery attempt. The suspect ran into a front yard where multiple children were playing. The officers took out their guns and asked everyone to lie down.

One officer, Michael Vickers, saw a dog and immediately shot at it. However, the shot missed and the dog started moving toward its owners. Vickers shot at the dog a second time. This time, it missed the dog and hit Amy Corbitt’s minor child in the back of his right knee.

The mother approached the court, which eventually termed the shooting an accident, and declared Vickers’ actions as valid under qualified immunity. As a consequence, Corbitt was denied compensation for the medical bills of her child.