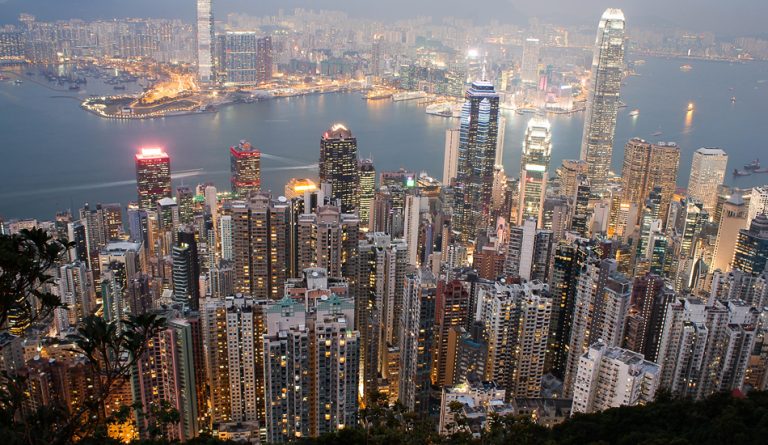 A neighbor who she addressed as auntie told her Xiao Bao left to work in the city. (Image: via Wikimedia Commons)

For years, Hong Kong was perceived as a neutral region by the rest of the world even though the city was overseen by Communist China. The “one country, two systems” agreement allowed the city to have a democratic, open society that none of the Chinese cities ever had. This is what allowed Hong Kong to prosper and become the financial hub of the east. However, China is diminishing Hong Kong’s neutrality and thereby slowly taking away its premier business and political status.

Ongoing protests in Hong Kong are the perfect example of the friction that exists between the city and Beijing. The Chinese government is determined to shut down protests and enforce its authoritarian rules. After all, if Hong Kong is allowed to maintain its liberal society, people in other Chinese cities might also start to question why they are being denied such freedoms.

“We will see a different Hong Kong… The very reason for Hong Kong’s existence — the rule of law, respect for the police, for public institutions, respect for the judiciary, the bureaucracy — everything has been eroded,” Lynette H. Ong, a China expert at the University of Toronto, said to The New York Times.

The police, bolstered by strong support from China, have become increasingly aggressive against protestors. Many have been needlessly beaten up and arrested. One teenager was even shot. Beijing has boosted the number of troops along the Hong Kong border, keeping it ready when invasive policies have to be adopted.

Martin Lee Chu-ming, called the grandfather of Hong Kong democracy, is very apprehensive about the future of his city. He was not only the founding chairperson of Hong Kong’s first political party but also played a crucial role in drafting the Basic Law that gives the citizens the freedom they currently enjoy. Lee believes that the protests are Hong Kong’s way of proving that Beijing’s power is not invincible. He is also critical about how the police have slowly become okay with using violence.

“Carrie Lam’s administration is dysfunctional. The police are now in effect governing Hong Kong. The extreme tactical force they’re using has bred public loathing and resentment… Each evening I watch the live television coverage and don’t go to bed until I see the kids have made it home safely,” he said to The Conversation.

The concern over Hong Kong’s future is putting the city’s economy into jeopardy. “We found modest net outflow from HKD deposits in Hong Kong and modest net inflow of FX [forex] deposits in Singapore,” Goldman Sachs Group said in a recent note to investors (The Straits Times).  In August, local currency deposits registered the biggest decline in over a year.

Kyle Bass, the founder of Hayman Capital Management, warned that Hong Kong is facing the threat of a “severe” economic collapse as protests continue. He predicted that the city’s foreign exchange reserves will continue to deplete in October, while a significant chunk of capital will flee the region over the next 12 to 18 months.