China: One of the Biggest Climate Change Enablers in the World 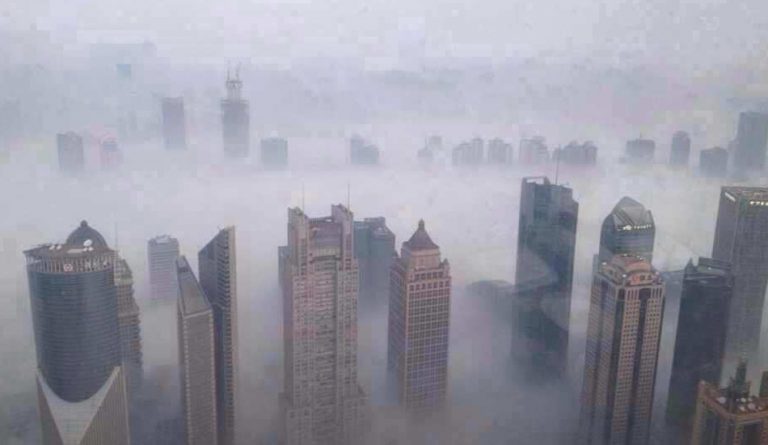 China is the biggest climate polluter in the world. (Image: erhard.renz via flickr CC BY 2.0 )

China’s growth will play a crucial role in determining the trajectory of how the world deals with climate change. After all, the country is responsible for about 25 percent of global climate pollution and burns almost half of the world’s coal supply each year. Unfortunately, things might even get worse.

“In 15 years, about 250 million more people will likely move to cities and use twice as much energy than in the countryside,” according to the Environmental Defense Fund. Understanding where China currently stands in terms of climate pollution and the policies it has adopted to deal with the situation is critical for anyone concerned about the issue of climate change.

On the negative side, China’s emissions of carbon dioxide rose by around 2.5 percent last year. This is the largest such growth when compared to the previous five years. In 2018, the country added almost 30GW of new coal power capacity, thereby bringing its total coal capacity under construction to 235 GW. In the first half of 2019, this trend of coal power additions has persisted; indicating that China’s emissions from the coal industry are not going to decline anytime soon.

Beijing is trying to fulfill its 2030 Nationally Determined Contribution (NDC) target to reduce emissions. According to the NDC, China wants to have 10 percent gas and 20 percent non-fossil fuel in its primary energy mix. However, some believe that this may not be enough to fight climate change.

“China’s NDC is not ambitious enough to limit warming to below 2°C, let alone to 1.5°C as required under the Paris Agreement, unless other countries make much deeper reductions at the comparably greater effort,” according to Climate Action Tracker. According to the Paris Agreement, China has pledged to achieve peak CO2 emissions by 2030 at the latest. Forest stock has to be increased by 4.5 billion cubic meters compared to 2005.

However, policy implementation can be quite tricky in China. “Key ministries may fail to coordinate. Resources for enforcement may be lacking. Policies designed to achieve different objectives may conflict. The priorities of provincial leaders may not align with policies from Beijing. For these reasons and more, stated policies — while important — are just part of the picture when it comes to understanding the Chinese response to climate change,” according to Energy Policy.