Many Worlds: The Strange Realities of Quantum Mechanics 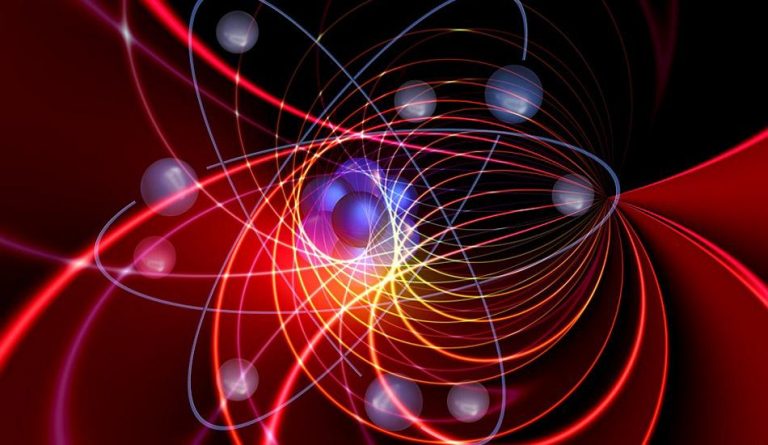 many physicists believe that octonions might hold the key to describing string theory, which could provide a unified explanation of all nature. (Image: pixabay / CC0 1.0)

Among the different streams of science, quantum mechanics is arguably the most mysterious. It opens up possibilities of time travel and even multiple worlds, concepts that we, with our current understanding of time and space, haven’t yet grasped fully.

In 1935, an Austrian physicist named Erwin Schrodinger wrote a paper that has since been highly influential in quantum mechanics. He gave the scenario of a cat sealed in a box together with a device that has a 50 percent chance of killing the creature in an hour.

“The question he posed is: ‘What is the state of the cat at the end of that hour, just before you open the box?’ Common sense would seem to suggest that the cat is either alive or dead, but the quantum-mechanical wavefunction describing the scenario would include an equal mixture of both ‘alive’ and ‘dead’ states at the same time,” according to Forbes.

Though the conclusion might sound absurd, this is exactly what one has to accept when dealing with things like atoms, photons, and electrons. Eventually, the idea of “wavefunction collapse” came about. According to this theory, the equations of quantum physics only apply between the intervals when measurements of the quantum system are taken. At the time of measurement, “something” occurs that changes the quantum system into classical reality.

In the 1950s, a Princeton graduate, Hugh Everett, proposed the idea of “Many Worlds.” He argued that the wavefunction collapse was unnecessary to explain quantum mechanics. “When a physicist measures the object, the universe splits into two distinct universes to accommodate each of the possible outcomes. So a scientist in one universe finds that the object has been measured in a waveform. The same scientist in the other universe measures the object as a particle. This also explains how one particle can be measured in more than one state,” according to How Stuff Works.

The implication of the “Many Worlds” theory is enormous. It basically means that there are potentially innumerable copies of you in this universe, spread through the decisions you have taken in your life. This brings up the question of which one of these many versions is the real you. Some people find the Many Worlds theory disturbing, since it also undermines the idea of action and consequence. If the universe just keeps branching out endlessly with every decision, with numerous consequences for every singular action, then how do we judge what’s to be done or not.

In an attempt to link general relativity with quantum mechanics, physicists have been tinkering with the idea of quantum gravity. Imagine riding a plane around the world and returning back not only to the exact spot but also the exact time of your departure. This is known as a “closed timelike curve” and is one of the many theorized ways time travel may be made possible.

However, such a thing has never been observed in any manner. “What would it mean to observe it? This is unfortunately also not so clear. But perhaps there exist effects which can really only be explained if we say that they have arisen from a small region containing closed timelike curves,” Dr. Christian Wuthrich, an Associate Professor in Philosophy at the University of Geneva, said to Forbes. Other time travel theories that include quantum mechanics would be the semi-classical quantum gravity and the loop quantum gravity hypothesis.