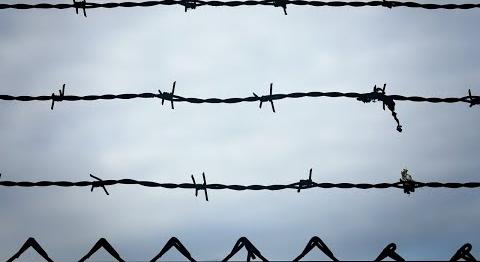 The Chinese government is to the Xinjiang Uyghurs what the Nazis were to the Jews. The re-education camps run by Beijing, which it claims are for the benefit of the Uyghur people, have only one goal — to eradicate the cultural heritage of the community. The one difference is that the Nazis were blatant about their contempt, while the Chinese Communist Party tries to hide and disguise it. A survivor of one of these camps, a woman named Zumuret Dawut, recently recounted her experiences to Radio Free Asia.

Life in the re-education center

In March 2018, Dawut was summoned by the Scientific Development District Street Committee, which put her in the re-education camp. Authorities first sent her to a hospital. They took blood samples, x-rayed her internal organs, tested her eyes, and took her fingerprints. It was only then that she was taken to the camp. Stepping inside, Dawut realized that the place had nothing to do with education, but was just a prison. She felt weak and cried thinking about her children.

Dawut was asked to change into prison clothes in front of male officers. When she requested that they look away, one of the female officers beat her up and insisted that she change clothes in front of others. In prison, Dawut was forced to take some kind of medication on a daily basis. “After taking it we became numb emotionally. For instance, we could not think about our young children or elderly parents, all we can think about is how to get through the day. I felt heavy, as if lifeless. Up until now, after leaving the camp such a long time ago I still didn’t have a monthly period,” she said in the interview.

In June, Dawut was released from the camp. She wanted to move out of the country. However, the authorities demanded that Dawut pay a fine of around US$3,000 for having three children, the third of which violated China’s family planning limit. She was also forced to undergo sterilization. After complying with the demands of the officials, she was allowed to go to Pakistan. In April this year, Dawut moved to Washington, D.C., together with her husband and three kids.

More than 1.5 million Uyghurs are believed to have been sent to such camps to root out “politically incorrect” ideas and “strong religious views.” There are indications that the government is expanding its persecution program to other minorities in the country, especially Islamic ones. “Of course we are afraid we will become the next Xinjiang… But what can an individual do? We can only take it year by year,” one Hui ethnic man said to NPR.

It is not just the adult Uyghurs that the Chinese government is torturing. Even little children are forced to undergo severe physiological stresses, according to Human Rights Watch (HRW). “The Chinese government’s forced separation of children is perhaps the cruelest element of its oppression in Xinjiang. Children should be either immediately returned to the custody of relatives in China or allowed to join their parents outside the country,” Sophie Richardson, the rights group’s China director, said to Time.

When their parents are detained, children are housed in state-run welfare institutions and boarding schools. The government does not even ask the parents’ permission before isolating their kids in such facilities, which are essentially brainwashing centers. The children are forced to learn Chinese rather than their native language and are made to sing communist propaganda songs.