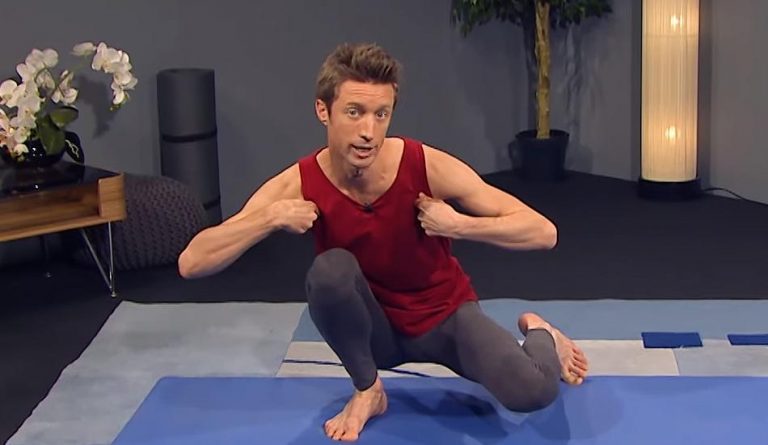 The Hong Kong protests are one of the most debated subjects in media in recent times. However, Australian comedian Sammy J decided to lighten things up by creating a yoga instructional video that gives a funny take on the entire issue.

The funny side of the protests

In the video, Sammy starts off by addressing the viewers as “lotus flowers” and asking that they work with him to “push through that resistance.” In the first position, which Sammy has termed the “Union Jack,” he spreads out his hands and fingers and asks that people fuel their colonial powers within and impose their culture while holding that pose for a century.

Next, Sammy brings both his hands together right in front of his chest in a handshake, referencing the 1997 handover of Hong Kong by the British to China. The Aussie then lies down, lifts up his back, and spreads his leg while instructing that this is the “one country, two systems” transition. He crosses the left leg with his right, saying that the “eastern side” of the body is just naturally taking over the “western side,” referring to how China has been intruding in Hong Kong and crushing its democratic aspirations, legal systems, and free press.

He goes on to do various yoga poses that have names that make fun of China’s attempts to take over Hong Kong. The yoga poses have names like the “one-party socialist state,” “mass protest,” “flaming barricade,” and so on. Sammy also shows off his “Peking duck,” which he says involves channeling the body’s energy into peeking and ducking rubber bullets.

This is not the first time that Sammy has made use of yoga to do comedy. He previously did a similar comedy act on Brexit. Sammy recently got interested in the Hong Kong issue. Since Australia has a significant economic relationship with China, he noticed that most media tried to talk about the Hong Kong protests in a way that does not harm the country’s relationship. As to why he chose yoga to showcase comedy, Sammy has an interesting answer.

“They have a very specific energy and rhythm to them which makes for interesting comedy, because it’s not just about the lines themselves, but also about how the physical moves and music will influence the jokes. It also lets us address some dark or heavy topics in a lighter way, since yoga is by its nature quite soothing to watch,” he said to Inkstone.

South African comedian Trevor Noah, the host of Comedy Central’s The Daily Show, canceled his performance in Hong Kong, postponing it “to an indefinite date.” “The safety of the artist and the attendees has always been our top priority and we have been working on the rescheduled date of the event. Rest assured that we’ll keep each patron posted,” the organizer of the program stated (CNA Lifestyle).

However, the Hong Kong International Comedy Festival seems all set to be held on schedule between October 11 and November 3. A total of 30 performers are expected to participate, with 23 of the participants coming in from outside Hong Kong. Four American comedians will be taking part in the festival.