The Healing Power of Onions: Bacteria, Diabetes, Flu, and in Your Sock? 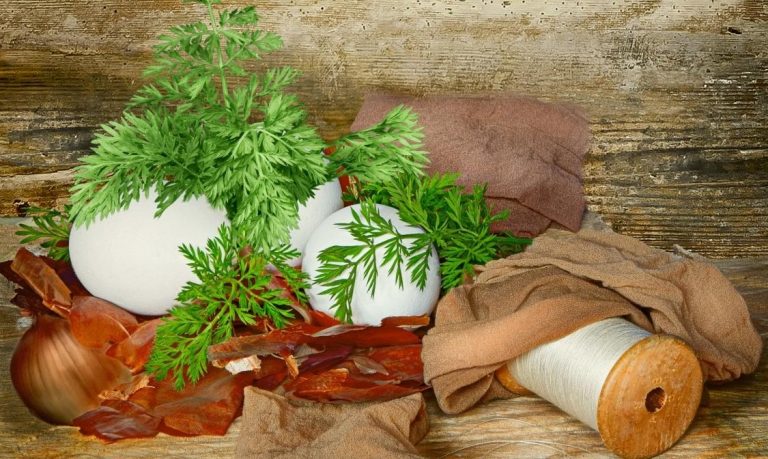 Many people swear by putting an onion in their socks as a healing remedy for colds or flu. Science has proven that onions are incredibly potent as a medical remedy in many cases. (Image: via Pxhere)

It seems the onion is a powerhouse packed with both nutrition and healing properties. In fact, the more experts find out about the onion, the more powerful its properties seem. In Ayurvedic medicine, onions have been used for ages as a poultice for the chest or feet to cure coughs, flu, and fevers.  This ancient Indian branch of medicine even uses onions to reduce chronic pain and inflammation in the joints.

Even in the “West” among homeopathic doctors, the properties of onions find many uses, as remedies to combat certain viruses and various illnesses, among others.

The ancient indigenous people of the Americas were already aware of the amazing properties that this eye-watering vegetable bears. They were very fond of it due to its healing properties and used it as a remedy for different diseases.

Medicinal plant of the year

According to Wikipedia, the onion was even chosen as the medicinal plant of the year 2015. It was proven to have antibacterial properties and the ability to lower blood pressure. Apparently, it even shows effectiveness against asthma. This may very well be due to the sulfur that onions contain. But that is not all this wondrous plant offers.

What happens when you stick an onion in your sock?

Many people swear by putting an onion in their socks as a healing remedy for colds or flu. While it’s not scientifically proven, it does make you curious why so many people for so long have marveled at this mysterious practice. But how and why would this have any healing effect?

Well, according to the National Onion Association, this remedy goes back to the 1500s. Back then, people believed that placing a raw, cut-up onion around your home could protect you against the bubonic plague.

It was a common belief back then that infections were spread from one person to another via miasma, or poisonous and noxious air.

Today, we don’t speak about miasma anymore; that has long been replaced by the theory of what we call germs.

According to Chinese medicinal practices and the practice of foot reflexology, the nerves in the feet can be stimulated by various means, interacting with the organs and the wellbeing of the body. The foot nerves are a major focal point of eastern medicine and have been for thousands of years because of the belief that they act as connecting points to the internal organs.

In traditional Chinese medicine, acupressure or acupuncture are not the only means to stimulate the meridians of the body, which also run through the feet. Herbs and plant supplements can also enter the meridians by means of cause and effect.

The skin is more than just a cover that shields us from the outside world. In its function, it is also an organ that breathes and perspires. It interacts with the environment, so to speak. There are 6 meridians that run through the feet and correspond with internal organs like the bladder, gall bladder, stomach, liver, spleen, and kidneys.

If we consider that onions are rich in sulphuric compounds, which are said to give them their pungent odor, then it may not be too far off to believe that these compounds can infiltrate the body through the skin of the feet, and act upon the meridians flowing through the feet. In essence, this may bring about the desired effect of being a remedy in the case of a cough or the flu.

What does science say?

It should be noted that science is not the all-knowing pinnacle of human knowledge. It is one field of human research about the body, life, and the universe. Many things regarded as facts by laypeople because science says so, are still only theories laid down by “experts” who themselves are constantly learning and changing as the body of scientific research expands.

Often the terms “science says,” “according to science,” etc., are used as a stick to beat down so-called mythology, lore, and alternative branches of science that sometimes date back thousands of years beyond our science.

In many cases, science is rediscovering what the so-called ancient sciences and beliefs described using very illustrative language. Even science, with its empirical proofs and peer-reviewed “facts,” needs to be taken with a grain of salt and not regarded as a dogmatic religion.

So what does science say about onions and their healing properties?

According to science, onions have many rich nutritional properties. According to the Journal of Hypertension, there is a link between eating onions and positive benefits for cardiovascular health. The journal goes on to say that vegetables like onions can reduce the risk of cardiovascular disease. A 6-year study with type 2 diabetes patients showed that they had less risk of suffering from heart disease if they consumed onions and other allium containing vegetables on a regular basis.

According to another study, onions were shown to be a great staple food to add to one’s daily food plan. In the study, the antioxidants in onions were shown to have an anti-hypertensive effect on the vascular system. In other words, they helped regulate high blood pressure.  Apparently, the onions affected enzymes and compounds that would normally lead to high blood pressure.

The list of ways that onions have been objectively proven to benefit our health seems to go on and on. One study claims that onions even exceed garlic in helping prevent blood clotting that can lead to heart attacks or seizures. Other studies have even found that combining raw onions and garlic may be helpful at preventing red blood cells from clumping up.

Yes. According to research published in 2016, many of the health benefits of onions may stem from the fact that they have antimicrobial properties that kill many types of germs and bacteria.

Ok. Back to what the researchers found out.

In 2018, the International Journal of Biological Macromolecules claimed that onions could have a potential application in the medical industry due to their rich antioxidant actions and the polysaccharides they contain that have antimicrobial effects.

In summary about onions

In general, onions have been found to be a powerhouse of antioxidants and vitamins. They have been proven to have antimicrobial effects that could potentially even find uses in the medical industry. Onions promote healthy digestion and could even help prevent Clostridium difficile-related diarrhea, which causes inflammation of the colon.

These wonderous plant foods also provide a naturally occurring source of inulin and oligofructose, which “have been used in many countries to replace fat or sugar and reduce the calories of foods such as ice cream, dairy products, confections, and baked goods. Inulin and oligofructose have lower caloric values than typical carbohydrates due to the β(2-1) bonds linking the fructose molecules.”

Onions can even help regulate blood glucose levels. One study found that supplementing one’s diet with onions lowered the glucose level. The reason being that onions reduce fasting blood glucose in people with type 1 and type 2 diabetes.

Humans have been using onions for thousands of years to ward off diseases and treat illnesses.  Even though science does not say much about the effects of putting an onion in a sock to treat the flu or a cough, with all the before-mentioned benefits keep getting discovered about onions, it becomes harder to assume that putting onions in your socks would have no effect on your health.