A General Cleans a Soldier’s Shoes 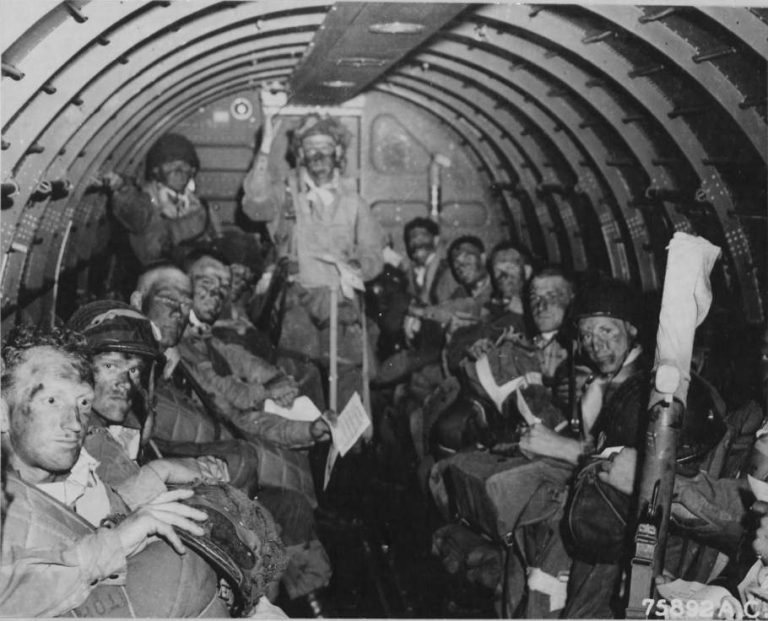 On a night in 1944, a troop of soldiers assembled at the British military airfield waiting for the inspection by General Marley. (Image: Smithsonian NASM / CC0 1.0)

On a night in 1944, a troop of soldiers assembled at the British military airfield waiting for the inspection by General Marley.  When the general arrived, his calm eyes swept through each and every soldier. His sight suddenly fixated on the shoes of a soldier:  “Step forward!  What’s your name?”  The soldier stepped forward: “Reporting to General.  Royal Air Force, No. 6 Airborne Division, Commando, Private Second Class Alec!”

The general looked more seriously: “As a member of the Royal Air Force, there is no room for sloppiness.  I have a strict rule that those who can’t keep their shoes clean are banned from engaging in combat!”  Alec looked down at his shoes and broke out into a cold sweat: “I shined my shoes right after dinner, I am not sure how the white stains got on to the shoes?  General, these operations are very critical, please let me go!”

Before the general could respond, the captain chimed in: “General dislikes those who are sloppy, I suggest you withdraw.”  The general glanced at the captain, took out a handkerchief, and bent down to clean the soldier’s shoes. While he was cleaning, he slowly said: “There will be no next time.”

After wiping off the left shoe and just as he was about to clean the right shoe, the siren at the airport went off calling for the Airborne Division soldiers to board the aircraft. Alec gave the general a quick salute and rushed to the aircraft with his teammates. This was one of the scenes before the D-Day invasion of Normandy during World War II.

The Royal Air Force landed a division of soldiers into the German army’s frontline under heavy attack, and Alec was hit and killed by a German mortar. Casualties were massive and the captain was one of the few survivors. The captain managed to recover the remains of Alec’s right foot with the white stained shoe and brought it back to General Marley.

General Marley was stone-faced. He waved his hand and motioned the captain to bury the shoe in the mass cemetery for the fallen soldiers of World War II. At the Normandy cemetery, the captain silently wiped the shoe clean and placed it into the tomb. He wrote on the tomb: “Royal Air Force, British Airborne Division, No. 6 Commando Private Second Class Alec, General Marley’s youngest and last son.” The truth is that the white stain was secretly planted by the Captain with the intention of making Alec withdraw from the combat; unfortunately, his plan failed.

War is cruel.  About 20 years ago, the American war film Saving Private Ryan featured the Omaha Beach assault during the Normandy landings. Three sons of the Ryan family went to war and were killed in combat. Their mother received the news of the death of her three sons all in one day. The fourth son, James Francis Ryan, who was Private First Class with the 101st Airborne Division, went missing at the time. Considering the situation with the Ryan family, the U.S Army Chief of Staff, General Marshall, ordered a search for Ryan. He sent eight men to go behind enemy lines to retrieve James.

Just like the film, the captain understood Alec’s importance to General Marley, so he was hoping to save his son from almost certain death. For General Marley, the war took precedence over the continuance of his family lineage. The words that he said to his son: “There will be no next time,” expressed his complex feelings and reluctance.  The interaction between father and son may be brief but touching.