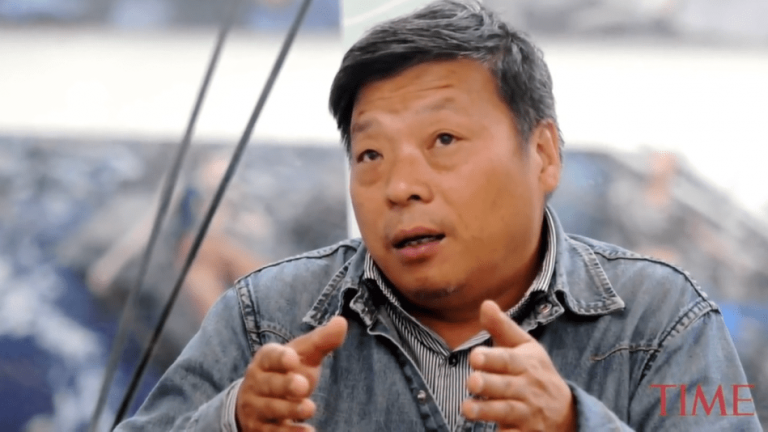 Lu Guang is a renowned photojournalist from China known for covering subjects like the environment, the economy, and social issues. (Image: Screenshot / YouTube)

Lu Guang is a renowned photojournalist from China known for covering subjects like the environment, the economy, and social issues. In November 2018, Lu was arrested by the Chinese government. The latest reports suggest that the 58-year-old is currently under surveillance with a “bail-like” release.

The news of Lu’s release was revealed by his wife Xu Xiaoli, who said that he has been at home for several months, where “home” simply means a residence in China. The couple has been living in New York since 2005. It was during a trip to China last year that Lu ended up being detained by Beijing. He was traveling through Urumqi, the capital of Xinjiang, where the Chinese government has put over 1.5 million Uyghur Muslims in internment camps. Lu was apparently talking to a group of local photographers when apprehended by the police.

After his arrest last year, Amnesty International requested that the Chinese government release him immediately. Human Rights Watch demanded that Beijing reveal information about his well-being. However, other than the recent news of his bail-like release, no further information about his detention or release is known. It is possible that the release might be temporary, as Lu could be charged with some crime if he “misbehaves” and be sent permanently to prison.

Lu has been awarded the Henri Nannen Prize for photojournalism and has received three World Press Photo awards. He is the first Chinese photographer in history to be invited as a visiting scholar by the United States State Department. In August, Reporters Without Borders listed him as one of the 12 nominees for its annual Press Freedom Award.

“[Lu’s photographs have a] universal dimension… Pollution, coal mining, the AIDS issue, the way water is affected by industrialization and all these matters are common to the world in general… [He] expresses these concerns and these anxieties that people around the world have… They are taken in China, but they’re not about China in particular. They’re about the world we live in today collectively… Governments are never happy anywhere to see images or information that depicts the realities that are painful to look at,” Robert Pledge, president and editorial director of Contact Press Images, said to VOA News.

Under Chinese President Xi Jinping, the crackdown on journalism has become much more intense. While there used to be a few fearless journalists prior to Xi’s ascendance, now even they are afraid to speak out against the state since if they do, the officials will soon start harassing or imprisoning them and possibly their families.

Liu Hu is a 43-year-old journalist from Sichuan Province who dared to investigate the activities of corrupt politicians. Due to this, he was put in jail for about a year. “We’re almost extinct… No one is left to reveal the truth…. The government has made its citizens ignorant… The public’s eyes are blind, their ears are deaf, and their mouths have no words,” he said to The New York Times.

Ever since Xi took power, he has stressed that Chinese media needs to exude “positive energy,” meaning that any negative coverage about the Party has to be censored. The mission of the news media, Xi believes, should be to “love the Party, protect the Party, and serve the Party.” It’s no wonder then that reporters are afraid to speak up in the face of such overwhelming authoritarianism.