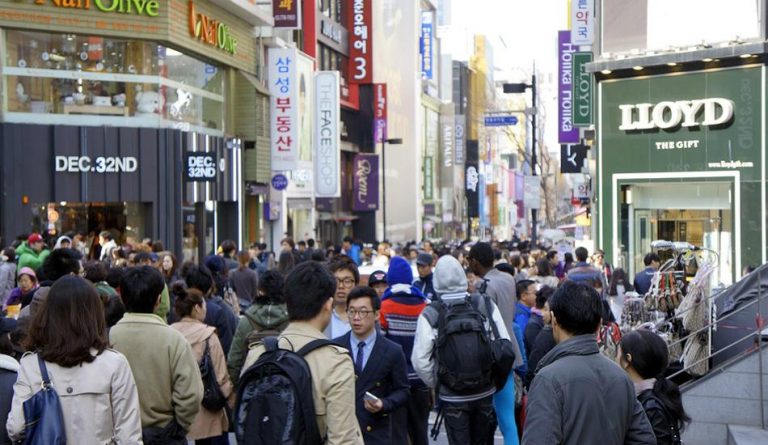 Though the trade relationship between the U.S. and China is not exactly on good terms right now, many American companies see the potential for huge growth in the burgeoning market of the Chinese middle class.

Current estimates put the middle-class population of China at around 400 million. According to McKinsey, this number can grow to 550 million in three years. To put this into perspective, the entire population of the U.S. is only about 329 million. As such, it shouldn’t come as a surprise that American companies are trying hard to establish a footing in this market.

Prominent among them is Walmart, which has been operating in China for decades and has decided to up its investment. The company “plans to build at least 14 more Sam’s Club membership stores by 2022, for a total of 40 to 45 locations… Walmart spent more than 400 million yuan (US$56 million) in the past 12 months to upgrade its China stores… In the next decade or two, Walmart plans to invest 8 billion yuan in supply chain development,” according to CNBC.

Nike is another company performing well in China. Its revenue growth for FY2019 in greater China was recorded at 21 percent, which makes the country the brand’s top-performing market. Growing health consciousness among the Chinese middle class is fueling Nike’s growth. Only about one-third of urban Chinese people participate in sports activities at present. This number is expected to swell to 40 percent by next year, which definitely bodes well for the sports brand.

However, it is not smooth sailing for all international companies. Apple cut down its revenue forecast in January this year for the first time in 20 years due to slowing demand from China. General Motors sold 10 percent fewer vehicles in 2018 when compared to the previous year.  Disney, which is poised to release its Mulan movie next year, is also feeling the pinch. “What we’re seeing in China is maybe a slight reduction in consumer confidence, and that’s having an impact on the business somewhat,” Walt Disney Chief Executive Officer Robert Iger said to Bloomberg. The company remains bullish about China’s business potential.

Daniel Zipser, a senior partner at McKinsey, believes that Chinese consumption is pretty robust overall. Since new consumers are entering the middle class each year, it acts as a growth driver for the market. If Beijing and Washington succeed in resolving their trade dispute, the current gloom that is spread over the Chinese market will slowly subside, helping boost the performance of American companies.

At present, nearly one-third of China’s population is considered middle class. The National Bureau of Statistics has “stipulated that people earning a monthly income of RMB 2,000 (US$295) to RMB 5,000 (US$740) constituted “middle income” earners in China. This is far lower than the average in OECD countries… anybody earning more than RMB 10,000 (US$1,480) a month would qualify as high-income,” according to China Briefing.

The Chinese government wants the proportion of the middle-class population to match the levels of South Korea and America, where they account for two-thirds and one-half of the total population. Beijing plans on achieving the target by raising the tax-free threshold for the middle class while also adding new deductions like education costs, parental care costs, healthcare costs, and so on.