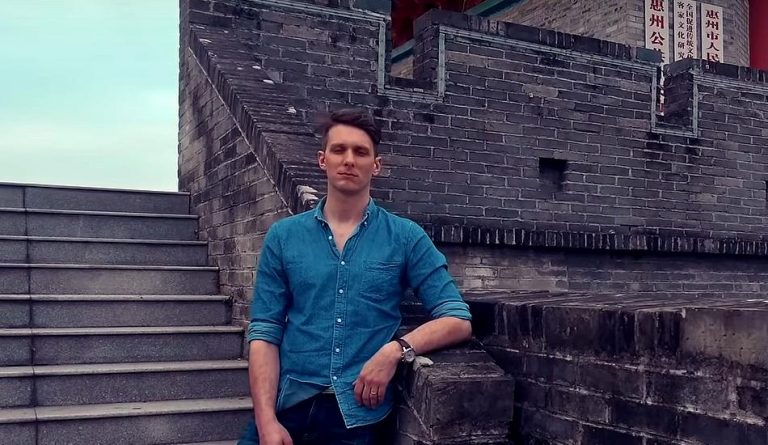 Laowhy86 is an American vlogger who shares his experience of living in China on YouTube. (Image: YouTube/Screenshot)

Laowhy86 is an American vlogger married to a Chinese woman and the father of two children. A very popular channel with over 62 million views, the American YouTuber posts content about his experiences living in China. Recently, Laowhy86 published a video describing why he changed his opinion that China was better than the U.S.

Laowhy86 starts off the video by saying that China’s top-heavy policies are now starting to tear apart at the seams. At first look, China will seem like it is doing well when it comes to growth and development. When the YouTuber would leave China for a visit to America around 2008 to 2012, he felt embarrassed at the state of his hometown.

Not only had nothing changed in his hometown, but the few businesses and attractions that existed in the place had also shut down. It seemed that local politics and economic policies were failing. Even when he visited New York City, Laowhy86 would feel as if he was stuck in the 1970s when it came to tech and the attitude of the workforce. Everything in the city felt “old.” The transportation system felt sluggish.

But when Laowhy86 went back to China, he would be amazed at how great and cheap the transportation network was. Things would be delivered to his home’s doorstep at any time of the day, a far cry from Laowhy86’s hometown where not only would there be no delivery service, but he had to drive for 15 minutes to get to the nearest shop. Everything in China seemed so good… until it didn’t.

Laowhy86’s opinion on China started going downhill in the last few years. The trains and buses that he used to ride now require a Chinese ID. But he never could have a Chinese ID since he was a foreigner. As such, Laowhy86 was stuck with constantly seeking the help of his wife for such trivial things. Putting an American flag near a Chinese flag at the entrance to his English training center was made illegal. Friends warned Laowhy86 that he was being monitored by the government and that he should be careful about posting anything online that could be construed as a criticism of the state.

On one of his shooting trips across China, he was detained by a SWAT team and the PLA. He was harassed and bullied out of towns and denied admission to most hotels. Laowhy86 realized that the vibe toward foreigners had changed. Locals started heckling him on a weekly basis as they were reading the propaganda of how China’s problems were the result of foreigners. Family members who used to love Laowhy86 started blaming him for political decisions taken by other countries that they termed as “bad Western influence” harming China.

Foreigners started being classified into a gradation system that dictated what they could and couldn’t do for work. For instance, Class A involves highly qualified foreign professionals. Class B consists of professionals who fill the short-term needs of the country. Class C will have unskilled or service industry workers. The social credit system started monitoring his activities. Every street corner now had cameras. The xenophobia toward foreigners shifted from tolerable levels to a nightmare.

“Everything around you is shifting towards the negative. Everything around you is being clamped down and tightened up. And people’s freedom of expression and ideas that once almost flourished in the early years of me moving to China are now squashed,” he says in the video. Looking at these changes while sitting in his home in a tiny town in the forest, Laowhy86 realized that life in free America was actually way better.