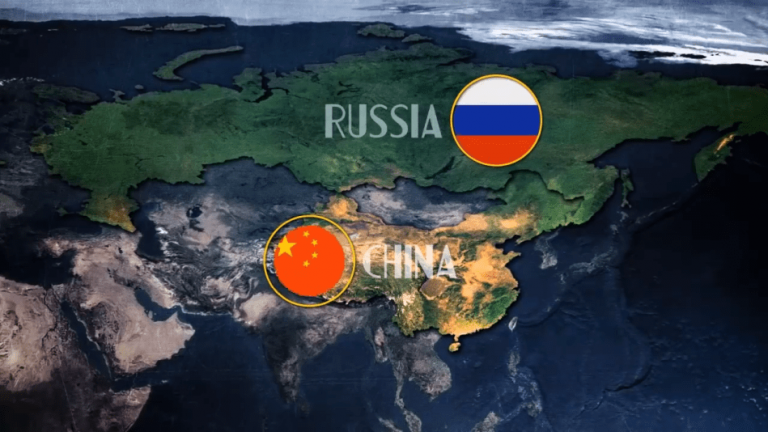 The president of Russia, Vladimir Putin, revealed at a press conference that his country was working with China to boost the Asian nation’s defense capabilities. (Image: Screenshot / YouTube)

The president of Russia, Vladimir Putin, recently revealed at a press conference that his country was working together with China to boost the Asian nation’s defense capabilities. He was speaking at an international affairs conference in Moscow.

“We are currently helping our Chinese partners to create a missile attack warning system. It’s a serious thing that will drastically increase the defense capabilities of the People’s Republic of China… Right now, only the U.S. and Russia have such systems,” Putin said in a statement (CBS News). The new system will come with an array of space satellites and ground-based radar that will enable early detection of incoming intercontinental ballistic missiles. As a result, Beijing will be able to deploy countermeasures and neutralize these threats effectively.

Vympel, one of Russia’s major weapons manufacturers, is involved in the project. Director-General of the company, Sergei Boyev, refused to provide details due to confidentiality agreements. The current Russian missile attack system was created to counter any potential threat to military commands and important state facilities. It comes with a slew of satellites that also supply data to the country’s space monitoring system.

Both China and Russia have been talking about building a similar system for many years. As such, the latest development is nothing surprising. Earlier, the U.S. announced plans to deploy intermediate-range missiles in Asia. This may have acted as a trigger to cement the new missile system deal between Russia and China. If both nations decide to integrate their missile attack warning systems, they will be able to detect any missile launched by the U.S. from submarines either in the Indian Ocean or the South Pacific.

The project will allow Russia to demonstrate to the Chinese and the world that it remains a military superpower, a position that it is losing fast. The Kremlin has also been looking toward the East for long-term deals. Last month, it was reported that Russia and China wanted to boost their bilateral trade to US$200 billion over the next five years. “Russia’s much-trumpeted pivot towards Asia is so far not taking place, with little energy supplied by Russia to Asian countries and low levels of Russian exports to China. Conversely, China does not appear to prioritize cementing its relationship with Russia, which it sees as a junior partner,” Agathe Demarais, Global Forecasting Director at The Economist Intelligence Unit, said to CNBC.

Russia and China will also be entering into a deal to combat “illegal content” on the Internet. The agreement will be signed on October 20 and will have the status of an international treaty. In July, officials from China’s Cyberspace Administration met their counterparts in Russia. Though the details on the proposed agreement have not been revealed, many experts warn that it will contain stricter censorship arrangements. And the birth of a secondary authoritarian Internet.

Both nations already have pretty restrictive laws on how their citizens access the Internet. As the conflict between the West and the combined forces of Russia and China grows, these two countries will seek to further separate their people from any content from the U.S. or Europe.

Earlier this year, Russia signed a law that will force Internet traffic through state-controlled exchanges, a move that will eventually lead to the development of a national domain name system. This will allow the state to essentially disconnect Russia from the World Wide Web whenever they want, thereby isolating the country’s Internet. The bill will come into force on November 1.