Will a Bully Ever Be Liked and Admired? Beijing Failing to Build Favorable Perception 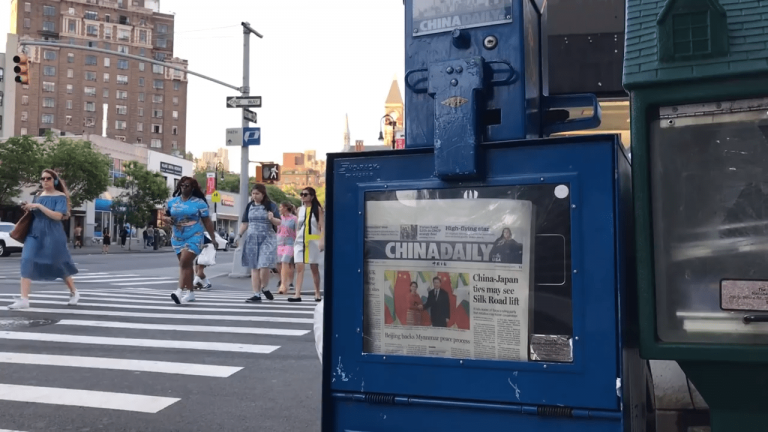 The Chinese government has been pouring millions into its propaganda network to build a favorable image in the Western world. But a new survey by the Pew Research Center shows that all the money spent by China is going to waste, as people in the West have an increasingly negative image of the communist nation.

Sixty percent of Americans and 67 percent of Canadians have an unfavorable view of China. “In both countries, this is the highest unfavorable opinion of China recorded in the center’s polling history…  It also reflects the largest year-on-year change in either country… In Canada, unfavorable opinion increased 22 points in the wake of the high-profile arrest of technology company Huawei’s chief financial officer and the ensuing Canadian-Chinese trade conflict,” according to Pew Research.

In Europe, the western region has been largely negative, with 70 percent of Swedes and over 50 percent of people from the Netherlands, Spain, the UK, Italy, Germany, and France having such a view. Greece was the only Western European country where people held a more favorable view. The opinion on China in the region has fallen by double-digits in almost half the countries since 2018.

In Central and Eastern Europe, people were more open to China, which is unsurprising since Beijing has been promising investments in the area. The Czech Republic is the only exception, where about 57 percent of surveyed people admitted that they were wary of Chinese influence. In Asia, Japan topped the ranks as the country with the most negative view on China as 85 percent of the people have an unfavorable opinion on their neighboring country. Sixty percent of South Koreans, 54 percent of Filipinos, and 57 percent of Australians also held a not-so-flattering view of China.

Younger people were seen to be more positive toward China in most nations. In countries like Lithuania, Indonesia, Mexico, Poland, and Ukraine, more youngsters took a favorable stance on China compared to the older populations.

Despite its best intentions, China has not succeeded in being a strong global soft power. The concept of “soft power” was coined by an international relations professor from Harvard named Joseph Nye. Basically, it refers to the power to influence people in such a way that they want to be like you and support you. And therein lies the problem.

The average human being despises bullies. China is basically a big bully, with the government ordering its own people around while also trying to dominate other countries through intimidation tactics. Since people do not respect bullies, no amount of propaganda can help the Chinese government make people like them.

“China has a hard time understanding how other countries perceive it and has a tendency to hear the good news and not the bad news: the anxieties its behavior produces… China seems unable, probably due to its political system, to embrace the idea of strategic restraint: accepting binding commitments on its power as a way to reassure other countries China’s rise won’t hurt them,” Evan S. Medeiros, a former senior Asia director on President Barack Obama’s National Security Council, said to The New York Times.

When one looks at cultural influences from Asia, smaller countries like Japan and South Korea dominate the international soft power space even though China is a bigger country with a deeper history and numerous art forms. While Japan influences the world through its anime, South Korean movies and K-pop groups currently enjoy wild popularity across the world. Even the influence of Kung Fu in world cinema over the past decades is largely due to the Hong Kong movie industry, and not from the Chinese mainland.