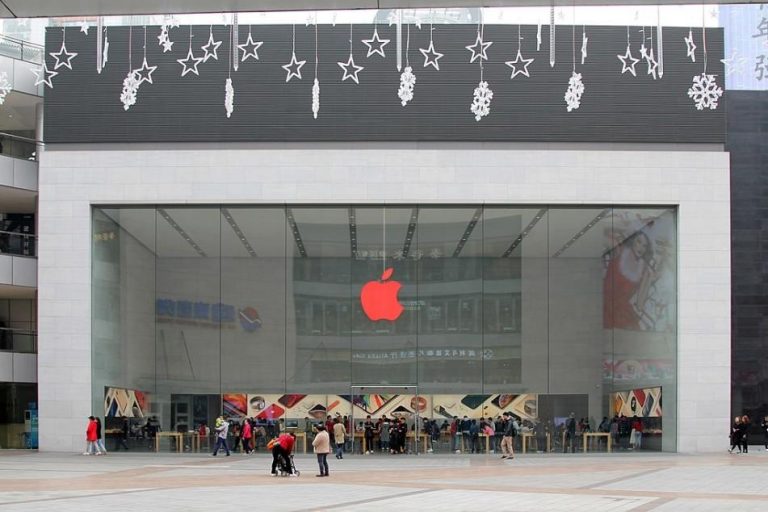 Apple removed the Hkmap.Live app from the App Store after Chinese state-run People’s Daily wrote an article criticizing them and accusing them of ‘protecting rioters’ with the ‘poisonous app.' (Image: Junyi Lou via wikimedia CC BY-SA 4.0)

On October 5, the HKmap.Live app was made available on the Apple store. It showed the real-time location of police vehicles, areas where tear gas was fired, the position of special tactical police, where protests should move, and so on. A few days after its launch, HKmap.Live was removed by Apple. Though the official reason given was “violation of company guidelines,” many people realize that Apple succumbed to Communist China’s pressure owing to fear of endangering their market share and profits from the world’s most populous nation.

“We have verified with the Hong Kong Cybersecurity and Technology Crime Bureau that the app [HKmap.Live] has been used to target and ambush police, threaten public safety, and criminals have used it to victimise residents in areas where they know there is no law enforcement. This app violates our guidelines and local laws, and we have removed it from the App Store,” Apple said in a statement (The Guardian).

The app used emojis to represent various events happening in the city. Police vehicles were indicated by a police car emoji, police forces were marked by dog emojis, live streams were marked by camera emojis. A few days before the app was removed, Chinese state-run People’s Daily wrote an article that criticized Apple for HKmap.Live, accusing them of “protecting rioters” with the “poisonous app.”

Tech blogger John Gruber criticized Apple’s move. In a blog, he asks three questions of the company: What laws of Hong Kong does the app violate? When was the app used to “maliciously target individual officers for violence”? When was the app used to “victimize individuals and property where no police are present”? Apple has chosen to remain silent. The developers of HKmap.Live said that Apple’s decision was a political decision to suppress the human rights of Hongkongers.

Rick Scott, a Republican senator from Florida, hit out at the company. “@apple’s decision to cave to Communist China’s demands is unacceptable. Putting profits above the human rights and dignity of the people of #HongKong is wrong. No ifs, ands or buts about it,” he said in a tweet.

The ban on HKmap.Live is not the first time Apple has caved in to Chinese pressure. In 2018 when the company was developing exclusive content for its Apple TV+ service, it gave strict instructions for creators not to include any content that depicts China in a negative light.

The censorship instructions were given by Morgan Wandell, the head of international content development, and Eddy Cue, Apple’s SVP of Internet software and services. Back in 2016, Apple’s iTunes was shut down by Beijing. The decision to self-censor TV shows is believed to have been triggered by this incident as Apple was afraid that any anti-communist Chinese content would crush its plans in the country.

There have been a few similar instances where Hollywood succumbed to China’s demands. Actor Richard Gere is a victim of such policies as he was denied several roles by Hollywood studios because of his support for Tibet. “There are definitely movies that I can’t be in because the Chinese will say, ‘Not with him’…I recently had an episode where someone said they could not finance a film with me because it would upset the Chinese,” he said to The Hollywood Reporter in a 2017 interview. Recently, the creators of the comedy show South Park aired an episode that mocked Hollywood studios for bowing to Chinese censors.