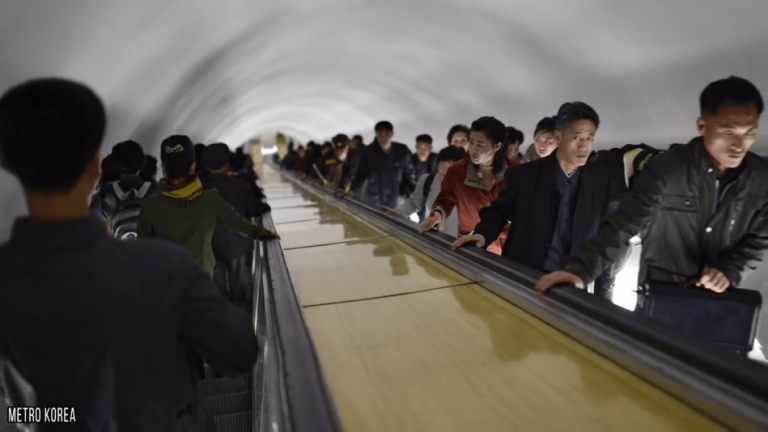 Imagine a country that gets so scared by the type of clothes you wear that the police arrest you. (Image: Screenshot / YouTube)

Imagine a country that gets so scared by the type of clothes you wear that the police arrest you. In North Korea, this is considered normal. The government has classified certain clothes as “anti-socialist,” as they apparently threaten societal harmony.

“These days, the Central Committee [of the Korean Workers’ Party] has said they will root out anti-socialism, so they have stepped up their crackdowns… Complaints are mounting, as styles of dress and even manners of speaking are being targeted,” a North Korean source said to Radio Free Asia.

One woman who wore wrinkle-free pants was harassed and bullied by officials. She was eventually arrested, due to which she could not report for work. The police made her stand by the side of a road like a spectacle. However, the incident slowly raised tensions between the police and onlookers. The officials told people that the woman’s wrinkle-free pants were a challenge to the Central Committee’s policies.

However, onlookers countered them by saying that the public could not be expected to always crease their pants when the state does not provide continuous electricity. Plus, considering the material and wrinkle-free nature of the pants, it would be unreasonable to expect the woman to crease it. The woman is believed to have been released, although this could not be confirmed.

The crackdown on people’s dress is not anything new in North Korea. Only clothes sanctioned by the state can be worn. Things like blue jeans, wrinkle-free pants, spandex, etc., are seen as “decadent” capitalist clothing that is at odds with the spirit of revolution and the elimination of classes. Women bear the brunt of dress restrictions. According to government rules, women who work in manual labor have to wear skirts. Otherwise, they will be severely reprimanded.

“A woman can never get past an inspector if she is not wearing a skirt. It doesn’t matter how old you are… The same rule applies to grannies. Grannies heading out of the mountain to pick vegetables must wear skirts… Once I wore trousers to school and got caught by school inspectors. A male teacher looked at me as if he couldn’t fathom why I would prefer trousers over a skirt,” a North Korean defector said in an essay (Express).

In July, the North Korean government started forcing apartments that overlook the “forbidden city” complex in Pyongyang to cover their windows using fixed screens and concrete. The order is said to have been issued in order to prevent people from spying on the state facilities, specifically from taking photographs of the government buildings and sending them outside the country. However, no official reason has been provided by the regime.

“This is emblematic of how the North Korean state’s hyper-security orientation and obsessive paranoia upends rational policymaking that could improve the everyday living conditions of North Korean people in big and small ways,” Sokeel Park, research director of the Liberty in North Korea NGO, said to Daily Mail.

Important state establishments like the Workers Party of Korea headquarters are located in the complex. Those who live around the Changchun Street apartment complex, Koryo Hotel, and Kim II Sung Square will be affected by the new rules. Earlier, the government banned people from taking photographs of the famous Juche Tower, a monument dedicated to the state ideology of atheism, struggle, and “self-reliance.”