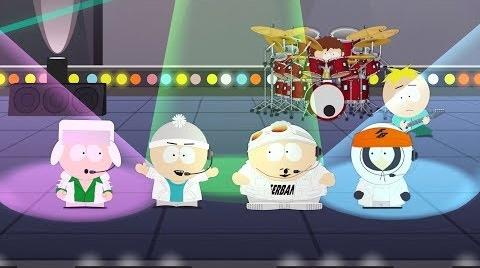 An episode of South Park called 'Band in China' mocks the way Hollywood bows down to Chinese censorship, which resulted in the show being banned in China. (Image: Screenshot via YouTube)

South Park is considered one of the most popular adult comedy shows on American television. In one of its latest episodes, the show mocked the way Hollywood is bowing down to Chinese censorship. Unsurprisingly, Beijing went on to remove every episode of the show from the country’s streaming services. In response, the creators tweeted a mock apology, making fun of Chinese censors.

“Like the NBA, we welcome the Chinese censors into our homes and into our hearts. We too love money more than freedom and democracy. Xi doesn’t look just like Winnie the Pooh at all… Long live the Great Communist Party of China! May this autumn’s sorghum harvest be bountiful! We good now China?” the mock apology states (Twitter).

The clash between South Park and Chinese censors started with an episode called Band in China. One storyline from the episode featured a character getting caught by Chinese officials for selling weed and ending up in a labor camp similar to what Uyghur Muslims are being subjected to right now. Another storyline shows a character writing a movie script while changing the content every now and then to please the Chinese censors. In one shot, a Chinese guard watches over the scriptwriter and alters his work to suit official propaganda.

The show takes a dig at many Hollywood studios, including Disney, who has been caving in to Chinese pressure in order to get their films shown in domestic theaters. One scene shows Mickey Mouse playing ball with Chinese authorities. Another scene depicts the show’s character having a conversation with Winnie the Pooh and Piglet, with the latter remarking that they are illegal since people started comparing Pooh with Xi Jinping.

In streaming websites like Bilibili, iQiyi, and le.com, South Park shows have been removed. “A search of the Twitter-like social media service Weibo turns up not a single mention of South Park among the billions of past posts. On the streaming service Youku, owned by Internet giant Alibaba, all links to clips, episodes, and even full seasons of the show are now dead… On Baidu’s Tieba, China’s largest online discussion platform, the threads and subthreads related to South Park are nonfunctional,” according to The Hollywood Reporter.

Hollywood has been pandering to Chinese censors for quite some time. In the trailer for Top Gun: Maverick, which is due to be released next year, this trend is very clear. “There’s a new Top Gun movie coming out. And Maverick is wearing the same leather jacket — only this time it’s Communist Party of China-approved, so the Japanese and Taiwanese flag patches are gone,” Mark MacKinnon, a senior international correspondent for The Globe and Mail, said in a tweet.

ESPN has banned all discussions on Chinese politics and Hong Kong protests on its talk shows. In 2012, the movie Red Dawn rewrote its plot, which originally featured China invading America, and substituted it with North Korea. The James Bond movie Skyfall was only allowed release after subtitles were changed to mask references to Chinese police torture.

Back in 2007, Pirates of the Caribbean: At World’s End cut out 10 minutes after it was felt that a Chinese character “vilified” Chinese people. Actor Richard Gere has been denied several roles in Hollywood as studios did not want to anger China, since he is an open supporter of the Tibetan cause. Given such instances of American media bowing to Chinese censorship demands, the South Park episode is definitely a fresh take — a bold stand.