The Ultimate Preppers: Why China and Russia Stockpile Gold 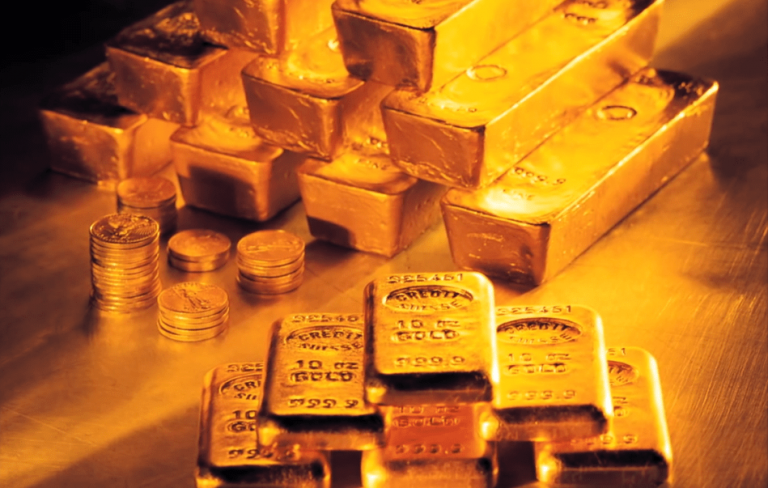 Russia has bought 106 tons of gold this year and the People’s Bank of China has similarly accumulated about 100 tons. (Image: Screenshot / YouTube)

Russia and China are furiously building up their gold reserves. Russia has bought 106 tons of gold this year and the People’s Bank of China has similarly accumulated about 100 tons. Russia’s gold reserves currently stand at about 2,200 tons, while Chinese reserves are pegged at 1,950.

According to a report by the World Gold Council (WGC), gold holdings account for 19.6 percent of the total foreign reserves of Russia. In contrast, the proportion of gold in China’s foreign reserves is just 2.8 percent. As to why Russia and China are building up gold stockpiles, there is only one answer — de-dollarization. “They can read the writing on the wall…  [the two countries are] preparing for [a] world where the dollar is no longer the reserve currency,” Euro Pacific Capital CEO Peter Schiff said to Fox Business.

When central bank demand for gold increases, it is not because they want to trade it for a profit. Instead, it is a sign that they have adopted a cautious approach regarding the future of the economy. An increase in gold demand from Russian and Chinese central banks will also prompt other national banks to build up their reserves of the yellow metal. Market experts feel that this trend will keep increasing in the coming months, which will also drive up the price of the commodity.

Dmitry Dolgin, the ING Chief Economist for Russia and CIS (Commonwealth of Independent States), believes that the de-dollarization effort is now very visible in most areas in Russia — like foreign debt, trade flows, foreign exchange market turnover, local loans, and so on. “De-dollarization is favored by the banks, while the rest, including companies, households, and even the government, are holding on to their U.S. dollars which are more attractive relative to euro thanks to higher interest rates,” he said in the report (CNBC).

Dolgin feels that Russia may be able to de-dollarize its assets after 2020 provided the National Wealth Fund’s (NWF) liquid portion reaches 7 percent of GDP. This will allow the country to diversify its instruments. Aiding Russia and China’s attempt at de-dollarization is the fact that the European Union is seeking to increase the role of the Euro in international trade.

The share of the U.S. dollar in global currency reserves declined to the lowest level since 2013, according to data provided by the International Monetary Fund. Dollar reserves during Q2, 2019 were recorded at 61.63 percent of allocated reserves, down from 61.86 percent in the first quarter of this year. The share of reserves in the Euro, yuan, and yen increased during Q2.

“With the yuan becoming a reserve currency with the IMF’s blessing, it means loans and things that were not denominated in yuan are now prevalent… Additionally, euro and yen increased in the reserves of other banks who saw the euro as a safe haven because of the European Central Bank’s commitment to the currency, while the yen’s safe haven status made it more attractive with every scare or potential for regression in economic progress,” Juan Perez, senior currency trader with Tempus Inc. in Washington, D.C., said to Al Jazeera.