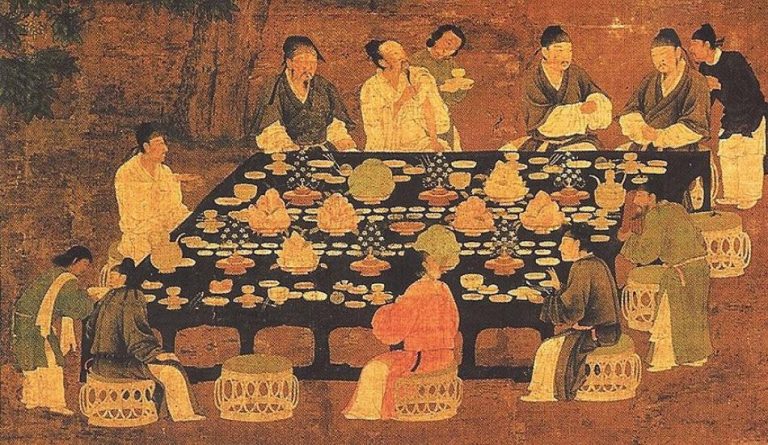 The Tang era is considered the 'Golden Age' of Chinese poetry and music. (Image: wikimedia / CC0 1.0)

Between A.D. 618 and A.D. 907, China was ruled by the Tang Dynasty. Considered one of the high points of Chinese civilization, the period is also known as the “Golden Age” of Chinese poetry. In 1705, the emperor of China commissioned a collection of Tang poetry, which was eventually published under the name Quan Tangshi and had about 49,000 poems written by over 2,200 poets of the era.

“Tang dynasty poetry essentially captures people’s deepest emotions and talks about matters of everyday life: the loss of friends, remembering the good times of the past, voicing innermost feelings, and crying out against social injustice… The oldest of Tang poetry comprised of 4 words or even characters with every alternate line rhyming. This slowly changed to accommodate 5 to 7 characters or words,” according to Totally History.

Tang poetry inherited the tradition of Wei and Han folk songs together with Yuefu poems and developed them into a unique chanting style. The 5- or 7-word poems were a tradition taken from the previous generation. However, Tang poets infused a romantic aspect of poetry. There were basically four schools of poetry during the Tang dynasty period — landscape pastoral poetry that dealt with themes like mountains and clouds, romantic poetry that dealt with personal freedom and desires, frontier fortress poems that were descriptions of war and heroic spirit, and real poetry that was a contemplative style that focused on feelings of compassion.

“Depending upon the period of its development poetry dating from the Tang Dynasty can be classified into four groups, namely early Tang Dynasty, Flourishing Tang, Mid-Tang and late Tang Dynasty. In the early Tang Dynasty, most of the poets followed the style of their forebears and created a blend of the characteristics of the north and south,” according to Travel China Guide.

Some of the most famous poets of Tang include Du Fu, Wang Wei, and Li Bai. Among them, Du Fu is considered to be the greatest. His poems largely dealt with social issues and politics. The works of Wang Wei and Li Bai were mostly about nature. However, some of Li Bai’s works also explored Taoist philosophy.

After the Tang, the Song Dynasty period of A.D. 960 to A.D. 1279 is considered the next great era of Chinese literature. However, there are stark differences between the nature of poems published during these eras. This has largely to do with the difference in cultural experiences of the people living in these two periods. The Tang Dynasty was the more successful of the two, marking immense cultural exchange with other civilizations thanks to robust business along the Silk Road.

As a consequence, “the people of the Tang were very open to the outside world. Reflecting this cultural atmosphere, Tang poets were preoccupied with the excitement of faraway adventures and the fascination of exotic things, sometimes overlooking the details of their immediate everyday lives. At the same time, an overall feeling of national confidence was reflected in the poets’ confidence in their own senses. Poets celebrated spontaneous feelings,” according to Asian Art.

In contrast, the Song dynasty was weaker. It was under constant threat of attack by nomads on the borders. As a result, the poets of the era were largely inward-looking, observing the things around them with a logical, scientific mind. This is why Song poetry is mostly concerned with subjects like social duty and everyday moments of daily life.