In Communist China, Billionaires Minted Faster Than Anywhere Else 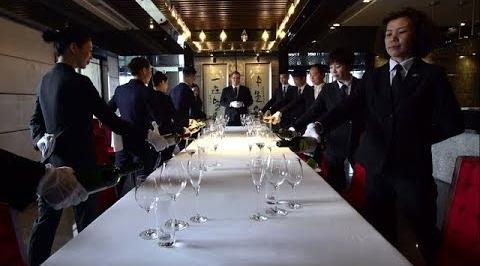 China is minting billionaires faster than even the most capitalist of countries in the West. (Image: Screenshot / YouTube)

Though China is a communist nation, it is apparently minting billionaires faster than even the most capitalist of countries in the West. Most of the new Chinese billionaires have made their money through their own efforts rather than from inheritance. However, many of them maintain close contact with the Chinese Communist Party, which has played a critical role in their achievements.

Last year, UBS and PwC released a report that stated China was minting two billionaires a week in 2017. According to the report’s survey, China’s billionaire population spiked from 318 to 373 during the period, holding a combined wealth of US$1.12 trillion.

However, the report also stated that there was a high turnover among Chinese billionaires, with 51 people losing the status and 106 new entrants added to the list. Ninety-seven percent of the Chinese billionaires were found to have been self-made, largely in sectors like retail and technology. Though the U.S. has the largest number of billionaires, wealth creation in the country is slowing down, which is expected to negatively affect the numbers in the future.

According to the Hurun Global Real Estate Rich List released in March this year, China accounted for 139 of the 239 real estate billionaires in the world. The U.S. came in at a distant second with just 26. “The urbanization megatrend in China has driven the biggest wealth explosion in the history of the world, with the result that most of the world’s largest real estate developers today come from China,” Rupert Hoogewerf, chairman and chief researcher of Hurun Research Institute, said in a statement (Barrons).

Most of the Chinese billionaires have only amassed money in the last few decades. Given that Beijing has a strict position against showing off wealth, these billionaires largely abide by state policies. If they don’t, the administration will ensure that their billionaire status is taken away. This is the reason why almost every billionaire from Jack Ma, the owner of Alibaba, to Ren Zhengfei, the founder of Huawei, has deep connections within the Communist Party.

“The Chinese government knows that if rich people show off their wealth too much, it will deepen the impression of the social polarization by ordinary people. The Chinese government requires rich people to be low-key, and poor people to be contented with their life. Then the country would be stable,” Zhu Dake, an academic and commentator, said to PBS.

Hurun’s research also shows that 57 percent of the self-made female billionaires in the world are from China. The company says that there were “89 female billionaires this year, of whom 51 are Chinese… Seven of the 51 work in the pharmaceutical industry and five in real estate. On the list of 89, there were 18 Americans and six British women,” according to Nikkei Asian Review.

A 2017 report by the World Economic Forum (WEF) showed that Chinese women accounted for almost 55 percent of new Internet companies. Last year, the Mastercard Index of Women Entrepreneurs ranked China 29th in the list of 60 nations, just behind Germany and France, who were positioned at 23rd and 24th respectively.

With the entrepreneurial nature inherent in many Chinese, one only needs to imagine their success rate in a democratic free society.