Chinese City Gives Financial Incentives to Anyone Who Reports on Others 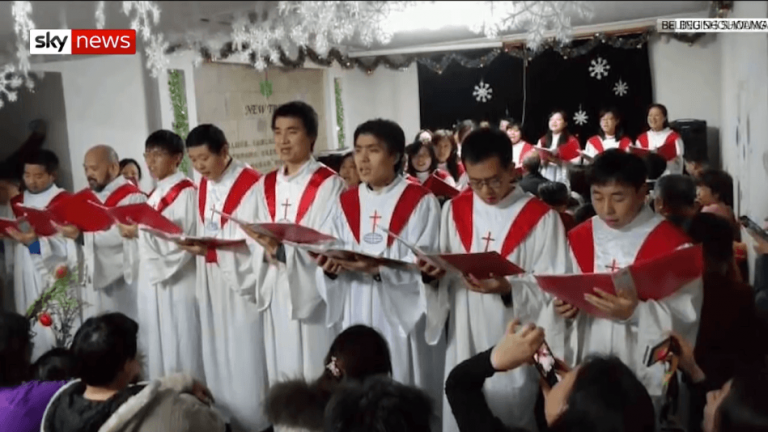 Guangzhou, a city in southern China, recently introduced a new regulation that rewards citizens with up to US$1,400 for reporting 'illegal religious activities.' (Image: Screenshot / YouTube)

Guangzhou, a city in southern China, recently introduced a new regulation that gives financial incentives to citizens by rewarding them with up to US$1,400 for reporting “illegal religious activities.” Some commentators pointed out that this regulation is another specific step taken by the Chinese authorities to suppress religious freedom.

Voice of America reported that the Guangzhou Municipal Ethnic and Religious Affairs Bureau implemented the law, “Incentives for Reporting Unlawful Religious Activities by the Masses,” to encourage the public to actively complain and report illegal religious activities in the jurisdiction of Guangzhou while claiming that citizens who provide information and assist in investigations can get from US$14 all the way up to US$1,400 as financial incentives.

Pastor Fu Xiqiu, president of the China Aid Association, said that the new regulation issued by the CCP has several important features. First, it adopts the method of mass reporting and offering money to anyone from family church members to leaders. It will be extended to foreigners in China, and is “a large-scale, systematic, and extensive suppression.”

Secondly, police reports on national security and social public safety are also used to suppress the religious freedom and activities of citizens. This has set a very bad precedent.

The reward system announced by Guangzhou is very specific and organized, while the amount of financial incentives is very high.

“These methods only appeared in the ‘Cultural Revolution’ previously, leading to the use of revolutions and rewards to induce children to report on their parents, wives to report on their husbands, and colleagues to report each other.” He said that this is not just a suppression of citizens’ religious freedom; it will seriously damage interpersonal and human relations.

In February 2018, Chinese authorities amended the Regulations on Religious Affairs to give grassroots officials more power to take action against religious practitioners and impose harsher penalties on believers. In addition to Guangzhou, Henan, Beijing, and other areas have increased the pressure on religious groups.