Enoki, Matsutake, and Other Mushrooms Found in China 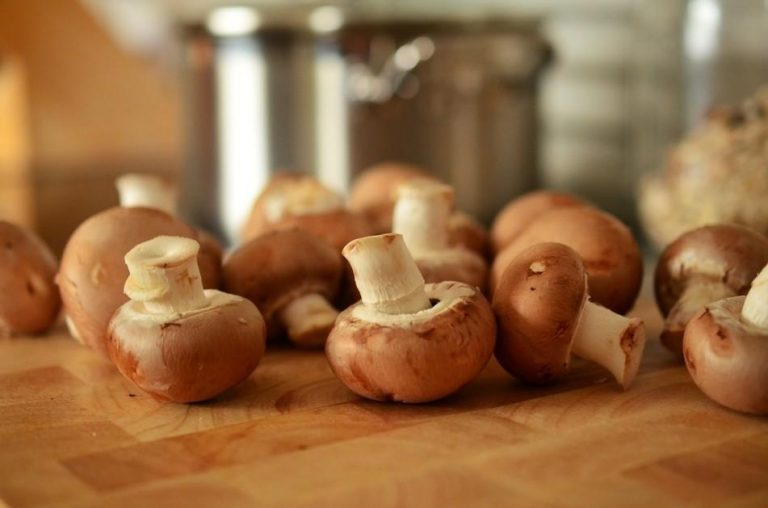 Mushrooms have some of the most effective natural medicines contained within them on the planet. (Image: 756406 via Pixabay)

When it comes to eating mushrooms, most people in the West largely limit themselves to the button variety. As for the Chinese, they have been eating mushrooms for centuries, and their taste encompasses numerous other varieties as well. In fact, China is the biggest producer and consumer of mushrooms in the world. Here are five types popular among the Chinese.

These are long and thin in appearance, almost resembling strings. As they are easy to grow, enokis are available at cheap prices. Due to their chewy texture, some Chinese dishes use enoki as a substitute for noodles. Stir-fried enokis are popular. White in color, these are sometimes called “lily mushrooms” or “winter mushrooms.” “They contain a wide array of important vitamins and minerals, including vitamin B3, vitamin B5, vitamin B1, vitamin B2, phosphorus, iron, selenium, thiamin, calcium, and copper. The mushrooms also contain healthy amino acids and dietary fiber, and low in cholesterol,” according to Umami Insider.

When it comes to size, these are some of the biggest mushrooms you can find. Thick in shape, they have a spongy, chewy texture that makes them feel more like squid. In raw form, these mushrooms have little to no flavor. But when cooked, they develop umami-like flavors, which makes them quite a hit among people. Usually, these are roasted with some salt and butter. Oyster mushrooms contain substances that have been identified to stimulate the body’s immune system. Plus, they are also helpful in lowering cholesterol.

The first thing that strikes you about these mushrooms is their unusual shape. They usually grow in the wild during the fall and late summer seasons. Lion’s mane mushrooms have an intense, meaty flavor. The dried version can be used as a flavor enhancer in dishes. Some studies have found that these mushrooms have gastroprotective and anti-inflammatory properties. In China, they are available in the form of tablets and extracts. Certain coffee products include the extracts of lion’s mane mushrooms in the mix.

These are famous for their taste. Due to their chewy, meaty texture, shiitake mushrooms go well with most dishes. High-grade shiitake mushrooms include the “donggu” and the “huagu,” which are produced in an environment where the temperature is on the lower side. Dried shiitake mushrooms have concentrated flavors, giving dishes an extra punch.

“They’re a good source of copper, one of the few metallic elements essential for maintaining normal metabolic processes and a healthy cardiovascular system. They’re also rich in pantothenic acid and selenium, providing 21 milligrams (mg) and 46 micrograms (mcg) respectively. Pantothenic acid is a water-soluble B vitamin that plays a role in the synthesis of coenzyme A and acyl carrier protein, both of which are necessary for fatty acid synthesis and degradation. Selenium, on the other hand, is an essential trace mineral that has antioxidant properties,” according to Food Facts.

The aroma of these mushrooms tends to be spicy, often giving one the impression of cinnamon. Also known as “pine” mushrooms, they are used in small quantities to avoid making the dish too spicy. They are best used in recipes that do not involve a lot of cream or butter. The younger mushrooms have the most intense aroma and are also of the highest quality. Matsutake should only be cooked lightly and must be served when firm. Overcooking makes them rather mushy.