7 Amazing Traditional Costumes From Around the World 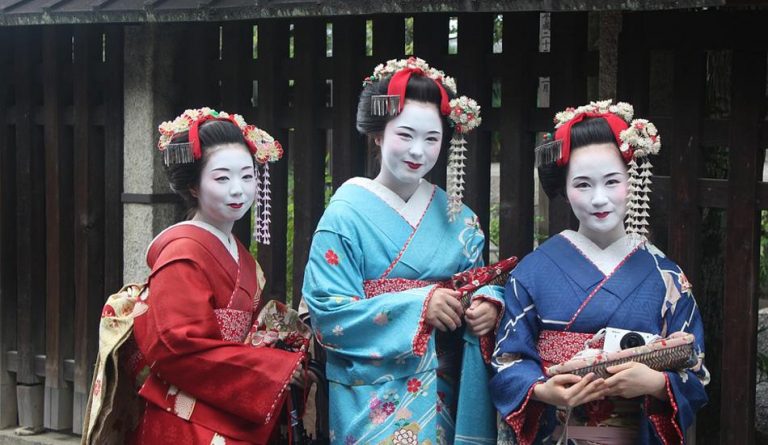 One area where every human civilization has invested quite a lot is in its attire. Each culture that exists or has existed has a specific dressing style that gives its people a unique identity. Here are seven amazing traditional costumes from all across the world.

Though India is a country with a mind-boggling variety of traditional dresses, the sari stands out as a popular one. These are worn by women both during normal days and on special occasions. “What distinguishes the ‘special occasion sari’ from the everyday one is the material from which it’s made. Saris worn for special occasions and weddings are usually made from silk and have gold embroidery in them whereas the saris that are worn every day are made from cotton or nylon that are more comfortable to wear,” according to Traveling Pari.

The kilt is the traditional dress of Scotland. Though worn by people of both genders, the dress is usually identified with the menfolk. During graduation ceremonies, Christmas, and other important events, Scottish men traditionally wear kilts. The dress is accompanied by several accessories, like wool socks stretching up to the knee, a fur pouch worn around the waist, and a small knife.

In Central East African regions, kanzu is a popular cloth. It shares similarities with the Arabic dress called “thawb” and was originally worn by people belonging to high societies. But today, the dress is worn by people of all social strata. Kanzu is the national dress of Tanzania and Comoros. The Ugandan version of the dress is typically made from silk, cotton, and poplin. Linen kanzus are the most expensive.

This Spanish dress dates back to the 16th and 17th centuries when it was enforced on the population of colonial regions. “Popularly worn during traditional festivals and events, the polleras are big one-piece skirts from different types and kinds of materials, though mostly they are made from silk and cotton dresses,” according to List Surge. Today, it is considered the traditional dress of Spanish Latin America. In Panama, girls usually own two polleras during their lifetimes — one before the age of 16 and one during adulthood. These can be very expensive and the handmade versions can take up to a year to create.

The huipil is considered to be the oldest American folk clothing still in use. The women of Mesoamerica have been wearing this for more than 3,000 years. The oldest discovered huipil is about 500 years old. The dress is usually made from two or three rectangle-shaped pieces of cloth. Some Huipils might only have the length of a short blouse, while others can be long enough to touch the floor.

Among all traditional dresses, the Kimono may be the most well-known one since several Hollywood movies have depicted this outfit. “Kimonos come in colorful, usually floral, patterns (cherry blossoms are rather common) and are worn with white cotton socks. They are coupled with a sash called ‘obi’ which is usually tied like a bow,” according to Tripoto. Today, the Kimono is usually worn during special occasions like funerals, weddings, and tea ceremonies. In some regions, girls wear kimonos during the “coming of age” ceremony when they become 21 years old.

A popular native dress from West Africa, dashiki is a colorful garment that is characterized by a V-shaped neck. The attire is slowly becoming popular in other parts of Africa as well. Men usually wear the dashiki together with matching suits during formal ceremonies. The name “dashiki” comes from the Yoruba ethnic community’s word for “shirt.”