No Uyghur Identity, Even in Death 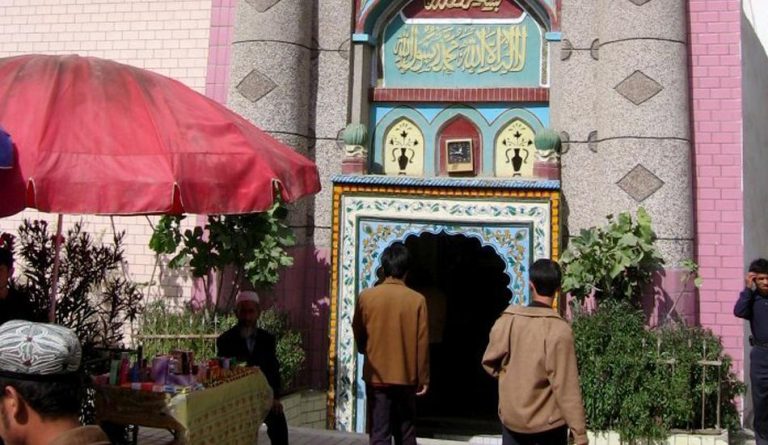 The Uyghurs of China have been one of the most persecuted communities in recent times. The Chinese government forces them to disown much of their faith and pledge loyalty to the communist ideology. Hatred of Uyghurs has gotten to a point that Chinese authorities are destroying their graves in what is believed to be a move to erase the identity of the community.

In the northwestern region of Xinjiang, dozens of cemeteries have been razed in the past two years. In some places, human bones were left scattered. Since 2014, a total of 45 Uyghur cemeteries have been flattened. Anthropologists who checked the human remains at the destroyed sites say that they belong to people of various age groups.

“This is all part of China’s campaign to effectively eradicate any evidence of who we are, to effectively make us like the Han Chinese… That’s why they’re destroying all of these historical sites, these cemeteries, to disconnect us from our history, from our fathers and our ancestors,” Salih Hudayar, whose great-grandparents’ graveyard was demolished, said to the Hong Kong Free Press.

The officials explain that they are conducting a “standardization” of graves. In Shayar, officials have built new graveyards in place of old ones. However, the new cemeteries are said to be tightly packed due to which families who come to visit their loved ones do not have enough space to properly mourn. In the Hotan region, officials announced that any tombstone that was not claimed during a 2-day registration period will be relocated as an unclaimed corpse.

“In Aksu, local authorities turned an enormous graveyard where prominent Uighur poet Lutpulla Mutellip was buried into ‘Happiness Park,’ with fake pandas, a children’s ride, and a man-made lake… The ‘Happiness Park’ project saw graves moved to a new cemetery in an industrial zone out in the desert,” according to Asia Times. The destruction of cemeteries seems to be a part of a wider scheme to destroy any monument of Uyghur heritage. Since 2017, at least 30 mosques and heritage sites have been destroyed.

In view of Beijing’s ruthless persecution of minority communities, the United States government has decided to restrict visas of Chinese officials identified to be involved in the detention and abuse of Uyghurs, Kazaks, and other ethnicities. Family members of such officials will also be subjected to visa restrictions.

“The United States calls on the People’s Republic of China to immediately end its campaign of repression in Xinjiang, release all those arbitrarily detained, and cease efforts to coerce members of Chinese Muslim minority groups residing abroad to return to China to face an uncertain fate… The United States will continue to review its authorities to respond to these abuses,” Michael Pompeo, U.S. Secretary of State, said in a statement.

Visa restrictions will complement the recent export bans under which American companies are forbidden to sell products to 28 Chinese entities involved in supplying goods and services that lead to the surveillance, detention, and repression of minority communities. The administration did not specify the names of officials subjected to the new visa regulations. An official from the State Department refused to divulge the names since visa records are considered confidential under U.S. law.