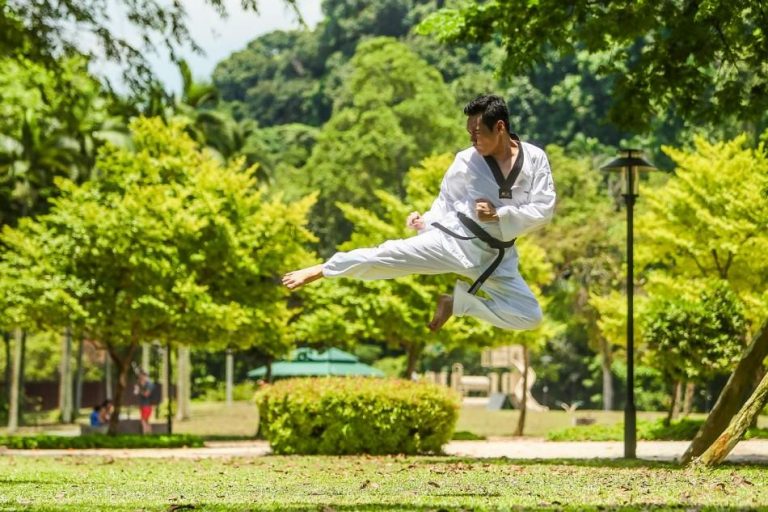 Great martial arts experts with significant capabilities don’t show off their skills voluntarily. Even when they are attacked, they won’t use their abilities unless it is a matter of life and death.

A martial arts farmer is provoked

During the Qing Dynasty, there was a farmer named Wang Cui. A man In his seventies, Wang was hunched and had a long beard. He was rarely seen joking with others. Wang’s neighbor was a poor scholar who often bought vegetables from him for his lunch. Wang cared for him and tried to help out whenever possible.

The scholar learned from other people in the village that Wang Cui practiced martial arts. The scholar asked Wang to teach him some skills, but Wang refused, saying: “What is the use? If you aren’t good enough, you will be beaten by others. If you are good, you can easily kill others. It is a disaster no matter who dies. So what is the point?”

A few days later, the scholar saw Wang Cui on the road. He could see that Wang was being followed by a man who was carrying a big club and prodding Wang with it repeatedly. The old man was ducking to avoid being hit by the club. The other man kept on prodding Wang, goading him to react. “What do you want?” Wang shouted loudly. “I just want to prod and poke at you. What can you do about it?” the man replied rudely.

Wang Cui ignored him, turned around, and kept on walking. The man prodded him again.

The old man’s anger suddenly erupted. “How dare you, you beast!” shouted Wang. The man dropped the log and rushed toward Wang. Wang suddenly aimed a high kick at the man when he came close enough and the impact sent him sprawling some considerable distance away from the old farmer. The man got up and knelt in front of Wang to thank him. The man said: “I have been following you for ten years and only today when I goaded you unbearably was I finally able to see your skills and experience the power of Shaolin martial arts.” The man then picked up the club and left.

The martial arts tailor who wouldn’t be angered

During the late Qing Dynasty, the technique for making pistols was still crude and rudimentary. Many old people were still practicing martial arts, which they learned from a young age in order to protect themselves. Some people were brave and strong when they were younger, but had become docile as the years passed.

There was a tailor named Old Man Wang who lived in the Hengshan area. His fingernails were about five inches long and were helpful tools for making clothes. He was a man with a big heart and was never angered by people or circumstances.

Old Man Wang had a teenage neighbor who felt angry on his behalf. The teenager said: “Old man, you are too weak. Generally speaking, you should be respected for your old age. How can people bully you in such a way? If I were you, I would not put up with it and fight against them.” The old man smiled and instead said: “Putting up with them is alright with me. After all, tit for tat is of no use.”

One day, Wang planned to husk rice. He set the mortar in the yard and did the husking there. When he finished, he saw that some rice bits were still in the mortar. He then moved the heavy stone mortar into his hallway to remove them. The young neighbor saw this and was stunned and amazed by the ease and power the old man had shown.

There was another young man in the neighborhood whose name was Xiao San. This young man was quite sly so when he heard that Wang had Herculean strength, he decided to break Old Man Wang’s long fingernails to anger him and make him fight back. One night under a bright moon, the sly young man used charcoal to draw a pair of scissors on Wang’s doorstep. When Wang opened the door and saw the scissors, he used his hand to pick them up by instinct. Two of his nails were broken as a result.

When Wang realized that he had been teased, he laughed at himself. He was told later that Xiao San was behind it, but Old Man Wang was not bothered because his heart was too big to hold onto such petty things and he did not demonstrate his powers.