A Malawian Kid Who Taught Himself to Generate Electricity 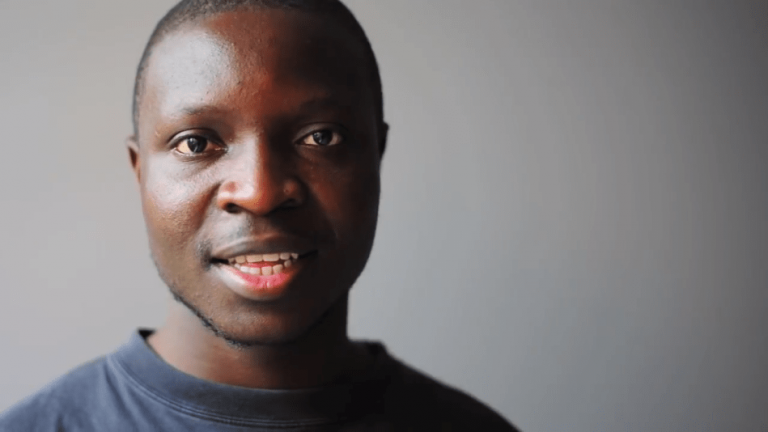 William Kamkwamba from Malawi built a cheap wind turbine that made him famous all across the world. (Image: Screenshot / YouTube)

Some people accept the conditions they are born in and quietly try to eke out their existence. Others use their talents to solve issues plaguing them and their communities. William Kamkwamba from Malawi belongs to the latter class. Born in 1987 to a poor family in a region where energy was expensive, Kamkwamba built a cheap wind turbine that, in turn, made him famous all across the world.

Though Kamkwamba was interested in gaining an education, he was forced to drop out of school in 2001 due to a famine. Kamkwamba’s family did not have money to continue his schooling. At the age of 14, rather than accept his fate, Kamkwamba decided to educate himself. He started borrowing books from the local library. A book that made a huge impact was Using Energy, which had images of wind turbines on its cover. After reading the book, Kamkwamba decided to build a wind turbine to meet his family’s electricity needs. At that time, his family was dependent on kerosene, which was not only expensive, but also emanated plenty of smoke indoors.

“First, he built a prototype using a radio motor, then his initial 5-meter windmill out of a broken bicycle, tractor fan blade, old shock absorber, and blue gum trees. After hooking the windmill to a car battery for storage, William was able to power four light bulbs and charge neighbors’ mobile phones. This system was even equipped with homemade light switches and a circuit breaker made from nails, wire, and magnets. The windmill was later extended to 12 meters to better catch the wind above the trees. A third windmill pumped greywater for irrigation,” according to Urban Intellectuals.

Local farmers got interested in Kamkwamba’s projects. Journalists started writing stories and Kamkwamba soon became famous. In 2007, TED invited him to give a talk. He was even interviewed on the popular TV program The Daily Show. Kamkwamba went on to graduate from Dartmouth College in the U.S. in 2014. He currently resides in San Francisco and is involved in several projects both in his hometown and beyond. In 2019, The Boy Who Harnessed the Wind, a film depicting his story, was released.

Malawi is facing a serious energy crisis. To start with, only 10 percent of the population has access to electricity. And even that 10 percent has to contend with frequent outrages that can last up to three days at a time. The country bought numerous diesel power generators to address the issue. However, the tactic has not worked. “Power blackouts periods have increased to over 8 hours a day… These gensets were supposed to supply the country with an additional 78 MW of energy to be distributed through ESCOM national grid. But they largely have failed to improve power supply,” according to Earth Island.

At present, the country has a total installed power capacity of 439 MW, with hydropower responsible for most of it. Due to a shortage of rain, the country generates only about 300 MW. The government has decided to focus on coal to resolve the crisis. The administration is talking with China to get funding for a US$600 million coal plant to generate an additional 300 MW. Given that Beijing has a tendency to squeeze poor countries out of their resources through loans, Malawi definitely needs to tread carefully when entering into agreements with Communist China.