China: The Main Source of Plastic Bottles in the Atlantic 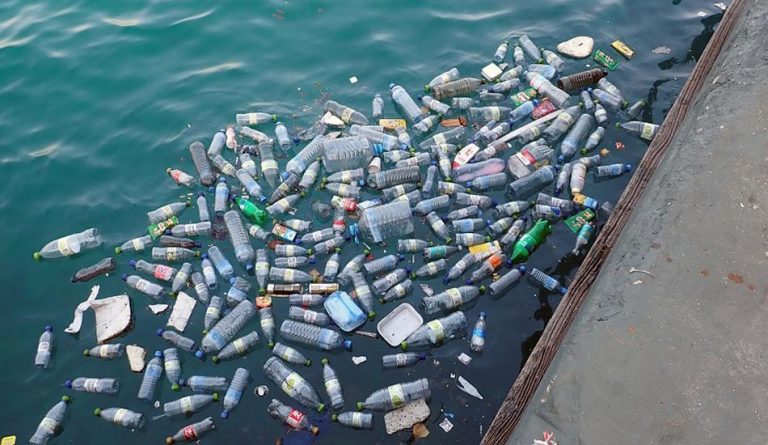 Microplastics were found in both Pacific oysters and razor clams collected from all 15 sample sites along the Oregon coast during spring and summer 2017. (Image: via pixabay / CC0 1.0)

A new study on the pollution from plastic bottles prevalent in the Atlantic Ocean has found that Chinese merchant ships are the number one source of the problem. The researchers traveled to Inaccessible Island, located in the South Atlantic Ocean, and discovered that 73 percent of the plastic bottles that had washed up in the region came from Asia, with most of them manufactured in China.

The study was conducted over a period of several decades, with researchers taking three trips to the island in 1984, 2009, and 2018. On their first trip, the team checked the labels on the plastic bottles washed up on the shores and found that nearly two-thirds of them came from South America.

During the second trip, the trend had changed, as Asia surpassed South America to become the leading source. And during the 2018 study, China was found to be the leading polluter. Ninety percent of the bottles from Asia were date stamped within the last two years. As such, the possibility that the bottles had traveled from Asia through ocean currents was ruled out since such a thing would take around three to five years. The only logical conclusion was that ships were responsible. Several of the bottles had been crushed with their tops screwed on, which is a custom largely followed on ships as a means to save space.

“My initial thought was that it was going to be fishing fleets. Fishing boats tend to be a little bit more Wild West than the merchant fleets as a rule, but the fact that it’s primarily Chinese doesn’t really fit with that because the predominant fishing fleets in the South Atlantic are Taiwanese and Japanese… I think the evidence is pretty strong that it’s coming from merchant shipping. It is where we’ve seen the really big increase in shipping, particularly from South America to Asia over the last decade or so,” Peter Ryan, lead author of the study, said to the BBC.

International agreements forbid merchant fleets from throwing out waste into the oceans. As such, the study’s conclusions about Chinese merchant ships being responsible for the majority of ocean plastic bottle pollution is shocking and disturbing. Ryan suggested that the international community needs to develop better systems to monitor the issue and also ensure strict enforcement of regulations.

Microplastics floating in the oceans are affecting the arctic ice, according to one study. It found that microplastics impacted sea ice albedo, which refers to how the ice reflects solar energy. Changes in sea ice albedo will have a strong consequence on the annual ice buildup and melting process since it regulates the heat exchange between the atmosphere and the ocean.

In their study, the researchers found “high concentrations of particles at the sea ice surface, due to the particles’ buoyancy and to the rapid formation of ice crystals, trapping the particles as ice coalesces into a firm ice layer. Although microplastics did not affect the sea ice growth rates, distinct changes occurred in sea ice albedo in response to medium and high concentrations of microplastics microcosms,” according to Winnipeg Free Press.

The researchers theorize that regions with higher microplastic concentrations will see radical changes in sea-ice properties that will not only affect the albedo, but also other processes like light availability. As a consequence, the Arctic food web may be negatively affected.