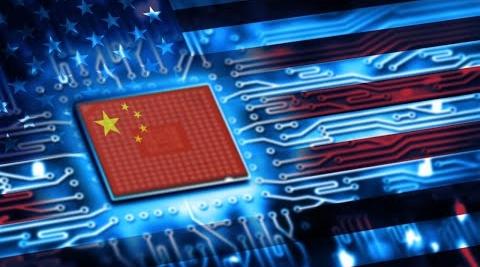 The U.S. government has added 28 Chinese organizations to its ‘Entity List,’ banning them from procuring parts and components from American companies without getting approval from the administration. (Image: Screenshot / YouTube)

The U.S. government has added 28 Chinese organizations to its “Entity List,” essentially banning them from procuring parts and components from American companies without getting approval from the administration. Among the blacklisted Chinese companies, 20 are government agencies, while the remaining eight are Chinese companies that operate in surveillance and other similar technologies.

“[The] entities have been implicated in human rights violations and abuses in the implementation of China’s campaign of repression, mass arbitrary detention, and high-technology surveillance against Uighurs, Kazakhs, and other members of Muslim minority groups,” the Commerce Department said in a statement (The Guardian). The eight companies on the list include Megvii, Hikvision, SenseTime, Meiya Pico, Dahua, Iflytek, Yixin, and Yitu.

Megvii is an AI company identified as supplying software that is used to profile and track Uyghurs in China. Hikvision is one of the biggest surveillance equipment suppliers in the world. In 2017, it received 5 contracts worth US$260 million that involved building a “social prevention and control system” in Xinjiang. SenseTime is said to have developed an AI facial and image recognition system that has been deployed in the Xinjiang region.

Meiya Pico created an app that allows police to extract personal data from mobile phones. Dahua is similar to Hikvision, a surveillance equipment supplier. Iflytek has developed a speech recognition system that can be used to identify voices in phone conversations. Yixin sells facial recognition, video surveillance, and counter-terrorism products. Yitu offers apps that are used in identity verification and law enforcement.

Beijing has hit back at the blacklisting. “This act seriously violates the basic norms of international relations, interferes with China’s internal affairs and damages the interests of the Chinese side, and China expresses its strong dissatisfaction and resolute opposition to this,” Geng Shuang, foreign ministry spokesman, said in a statement (DW).

Last month, the Carnegie Endowment for International Peace published a report that revealed China was exporting AI surveillance tools to other nations. Of the 176 countries that employ such technologies, almost 63 were found to have sourced the necessary equipment from Chinese firms, with Huawei being the biggest supplier.

The report gives an example of how one of Huawei’s AI surveillance technologies is used. A Serbian criminal escaped to China after committing a crime. Serbian officials provided images of the suspect to China. Within three days, the Chinese police were able to arrest the suspect. “Serbian commentators observed that in a country racked by endemic corruption and encroaching authoritarianism, such technology offers a powerful tool for Serbian authorities to curb dissent and perpetrate abuses,” the report states.

Senators Jeanne Shaheen and Marco Rubio recently questioned the Federal Retirement Thrift Savings Board (FRTSB) decision to invest around US$50 billion in an index fund that includes Chinese companies that have ties to the communist government. The FRTSB, formed under President Ronald Reagan, manages the funds served by American civilian and military government employees.

“U.S. investors, including the government-managed retirement savings of U.S. service members and other federal employees, should not fund Chinese state-owned or state-directed companies involved in the Communist Party’s military, espionage, human rights abuses, and ‘Made in China 2025’ industrial policy — Chinese activities that run directly counter to our nation’s safety and prosperity,” Rubio said to The Epoch Times.

One Chinese company in the index is the Aviation Industry Corp. of China (AVIC), which is controlled by the state. It develops missiles and weapons systems for the People’s Liberation Army. The company has been sanctioned several times for its dealings with North Korea and Iran. The possibility that FRTSB might end up investing American wealth in a company that manufactures weapons that could one day be used against the U.S. is reason enough for the U.S. administration to look into the matter.