Why American Businesses Are Not Doing So Well in China Nowadays 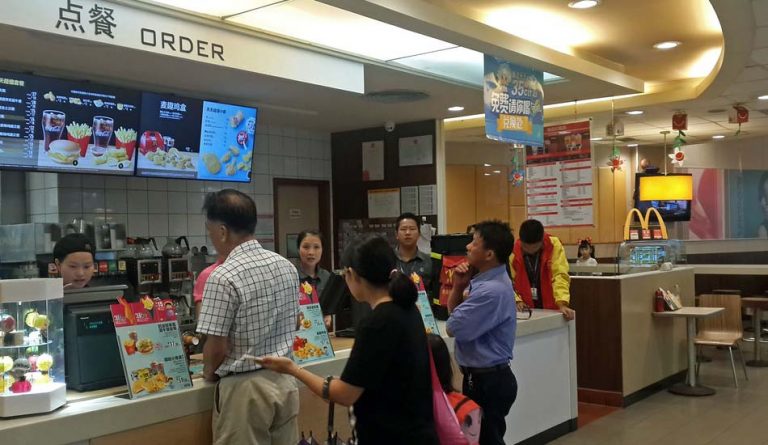 Chinese customers do not see American brands with the same premium status as they once did. (Image: Chris via flickr CC BY-SA 2.0)

American brands have enjoyed a superior status in China for a long time. Unfortunately, that might soon be ending. U.S. companies face two major challenges in China at present — strengthening local brands and increasing anti-American sentiment. American businesses are no longer doing so well in China.

A March 2018 survey by Credit Suisse found that 90 percent of Chinese customers in the 18-29 year age bracket would prefer buying local appliance brands. About 19 percent of people from the 18 to 65-year-old group were willing to pay more for domestic brands.

“Chinese consumers, especially the younger generation, don’t just believe the notion that foreign brands are better. Right now, Chinese consumers think China is good and ‘Made in China’ is not bad at all… Like it or not, China is becoming a major power globally, which makes the younger generation feel more proud to be Chinese,” Charlie Chen, head of China consumer research at Credit Suisse, said in a statement (South China Morning Post).

Since the trade war began, the Chinese public perception of American brands has been on a decline. Beijing has actively been promoting anti-American propaganda throughout the country, which has made people think that buying American goods is equal to betraying their homeland.

Linda Lim, a Professor Emerita of corporate strategy and international business at the University of Michigan, warns that even those Chinese who used to be neutral when buying products have rallied behind the government propaganda. The real risk comes when Chinese goods improve their quality to a level that they equal their American counterparts but are offered at a cheaper price. “Then you discover, the Chinese substitute for Starbucks is not bad… Once people switch, it’s very hard to get them to switch back for a lot of psychological reasons,” she said to Fortune.

American small businesses seem to be the hardest hit from the trade war and the public’s move away from U.S. products. Their only advantage in China was offering premium products at a lower price. However, tariffs slapped on by the Chinese government have stripped these businesses of their advantage. Many U.S. companies have tried to absorb the increased tariffs, taking a hit in profitability. Other firms, having no choice, have passed on the costs to the customers.

“Companies that are not doing more than a few million dollars a year in product in China, companies on lines of credit, companies that require loans to complete their orders are the ones most burdened by the trade war,” Noah Willingham, Founder of Rethink Manufacturing Solutions, a boutique consultancy that helps small businesses with their China production, said to Jing Daily. Should the tariffs imposed by China increase further, an American apparel manufacturer might be forced to pay up to 20 percent extra for a pair of leggings.

Chinese customers are using the Hong Kong protests to punish American companies that they believe are criticizing Beijing on the issue. Recently, U.S. jewelry retailer Tiffany & Co. published an ad that showed a female model holding her hand over her right eye. People in China were angry at the ad, seeing it as a reference to the shooting incident where a Hong Kong protestor was shot in the eye by the police.

Tiffany had to issue a public apology to smooth out the issue. “This campaign image, which was photographed in May 2019, was in no way intended to be a political statement of any kind. We regret that it may be perceived as such, and in turn have removed the image from our digital and social media channels,” Tiffany said in a statement (The Washington Post).

Meanwhile, the people of Hong Kong are taking action against companies they believe are taking China’s side. When NBA star LeBron James made a rather pro-China statement regarding the ongoing demonstrations in Hong Kong, protestors burned his jerseys in retaliation. A Starbucks outlet was vandalized after its owner condemned the protests. Apple might also soon face the wrath of Hong Kongers after the company removed an app that helped demonstrators avoid police.