Hanfu Making a Comeback in China 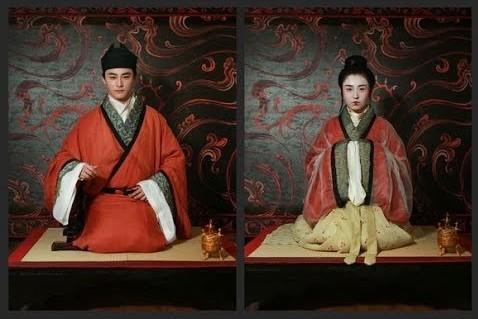 Hanfu, the traditional clothing of the Han ethnic majority of ancient China, has now become a craze among young Chinese. (Image: Screenshot / YouTube)

With China on the rise, aspects of its traditional culture that were suppressed for a long time are once again gaining popularity. Hanfu, the traditional clothing of the Han ethnic majority of ancient China, has now become a craze among young Chinese. The clothing is also being promoted by the state as part of a unified national identity.

The Hanfu movement is believed to have started in 2003 when a few people began to wear the clothing publicly. Slowly, the trend caught on and universities started having clubs dedicated to Hanfu clothing. The most popular Hanfu styles among enthusiasts are from the Song, Ming, and Tang eras.

What attracts people, especially women, to Hanfu is the sense of beauty they feel when wearing it. “The biggest change for me personally is it gives me more self-confidence… When I wear Hanfu, I feel like I’m the most beautiful person in the world,” a woman said to Reuters. Young girls visit places with ancient architecture in their Hanfu clothes to take pictures to post on social media. Hanfu-themed activities and games are getting popular in educational institutions.

A single piece of Hanfu clothing can cost anywhere from US$30 to thousands of dollars depending on the quality of the material that is used. The Hanfu market is estimated to have more than 2 million customers across China with a market size of over US$1.4 billion. Last year, the Communist Youth League organized a National Costume Day for the first time, asking people to share their photos of wearing ethnic outfits. President Xi Jinping has also called for the promotion of traditional Chinese clothing.

The increasing promotion of Hanfu as the traditional Chinese way of dress has raised controversy in the country since it is largely the clothing of the Han ethnicity, which accounts for 90 percent of China’s population. As such, other groups that have their own traditional clothing are said to be marginalized. “It’s just clothes… Why bother to politicise it? If Hanfu was our national dress, what would ethnic minorities think?” Gao Zhiluo, a photographer from Luoyang in central China’s Henan Province said to South China Morning Post.

A 2018 human rights report mentions how Beijing is actively discouraging Uyghurs from wearing traditional clothing in schools. Instead, Uyghurs are forced to don Hanfu as part of the assimilation process. Many worry that an excessive focus on making Hanfu into a national dress code could end up triggering ethnic conflicts. Some people also feel that the clothing is unrealistic for everyday use in the modern world where people scramble to get on a bus and ride bicycles.

The Hanfu movement has its share of fundamentalists who see any modification to the traditional clothing as a “violation.” For instance, some of the most extreme supporters of Hanfu clothing insist on not having pockets. People making such modifications would be seen as “heretics” from the viewpoint of Hanfu purists.