The Oldest Living People on Earth 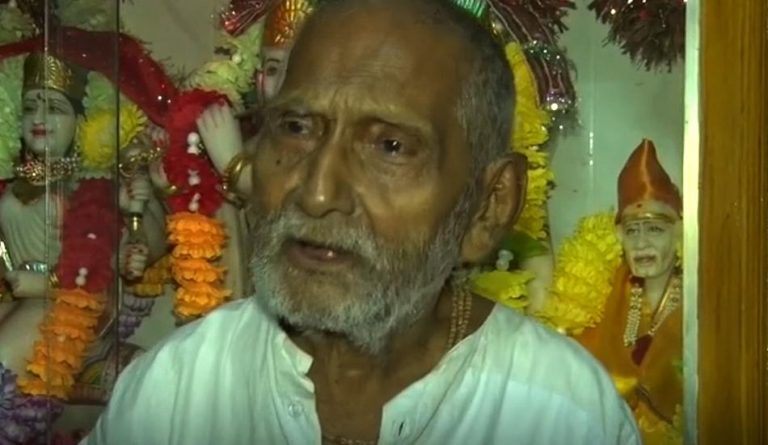 Sivananda claims to be more than 120 years old. (Image: YouTube/Screenshot)

Staff at the Abu Dhabi Airport were in for a surprise recently. A man from India was waiting to check-in at immigration. When they took a look at his passport, they were stunned, as it indicated the individual was 123 years old. If indeed true, this would make him the oldest living human on earth.

Swami Sivananda was born in the village of Behala on August 8, 1896. At a very young age, he lost both parents and his sister. His relatives gave custody of Sivananda to a teacher (guru) who took care of him for most of his childhood. As an adult, he settled into the holy city of Varanasi where he became a famous guru and gained a large number of followers.

When these followers came to know about this age, they encouraged him to seek recognition. However, there is a big problem when it comes to confirming his age. The only document that verifies Sivananda’s date of birth is a temple register. Since this alone is unlikely to be accepted as the final proof, Sivananda will probably not be recognized as the oldest living person in the world by the Guinness Book of World Records.

As far as Sivananda is concerned, he isn’t bothered about it. What worries him though is the change in behavior of people he has witnessed throughout his relatively long existence. According to him, people in the past were happier with whatever their lot in life was. But today, people are obsessed with external things and have become unhealthy, unhappy, and dishonest. Despite being 123 years old, Sivananda does not look his age. He ascribes his youthfulness to a life of control and moderation.

“I lead a simple and disciplined life. I eat very simply — only boiled food without oil or spices, rice and boiled daal [lentil stew] with a couple of green chilies… I avoid taking milk or fruits because I think these are fancy food. In my childhood, I slept many days on an empty stomach… Discipline is the most important thing is life. One can conquer anything with discipline in food habits, exercise, and sexual desires,” he said in a 2016 interview (The Sun).

Last year, an Indian woman shocked doctors at a hospital when she was admitted for surgery. When asked for her age, the woman revealed that she was 115 years old. But like Sivananda, there isn’t much documentation to prove her claim. Interestingly, she claims that her mother lived to be 117. Married at the age of seven and joining her husband at twelve, she gave birth to 12 children.

Oldest people in the world

In January this year, the Guinness Book of World Records confirmed Kane Tanaka from Japan as the oldest living person at 116 years of age. Born in Fukuoka in 1903, Kane married her husband shortly after her 19th birthday and went on to have four children. Even at this old age, Kane gets up very early in the morning. She studies mathematics in the afternoon and loves to play the game of Othello.

“During the presentation ceremony, Kane was given a box of chocolates, which she immediately opened and started eating. Later, she was asked how many chocolates she wants to eat today and replied: “100” according to the Guinness Book of World Records. At present, the record for the oldest person in history is held by Jeanne Louise Calment from France who died in 1997 at the age of 122 years.

It is said that there are many saints in the world who live for hundreds and even thousands of years. Stories about these humans claim that they intentionally stay out of the prying eyes of everyday people because they do not wish to be disturbed. Sitting in meditation for a prolonged period of time, there are indeed many amazing stories for those who seek. The mysteries of the world are complex and abundant.