Al Sharpton Says NBA Should Stand Up to China 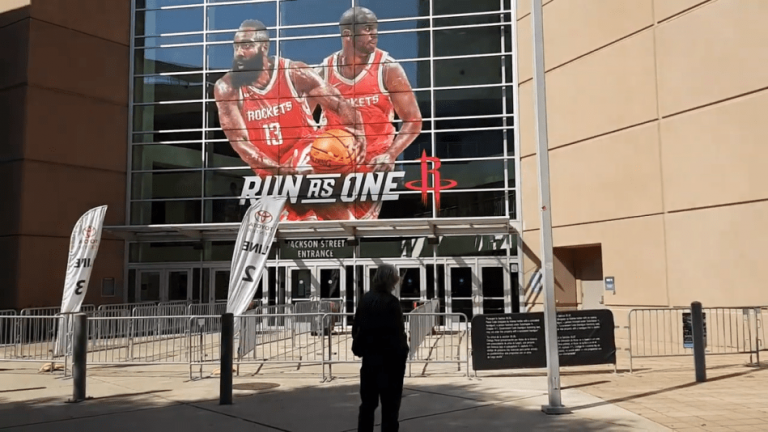 After the general manager of the Houston Rockets, Daryl Morey, tweeted in support of Hong Kong, there was a huge backlash against the NBA in China. (Image: Screenshot / YouTube)

After the general manager of the Houston Rockets, Daryl Morey, tweeted in support of Hong Kong, there was a huge backlash against the NBA in China. Rather than stir things up further and risk damaging business prospects, the NBA decided to play it safe and is abstaining from directly criticizing the Chinese communist government. However, Baptist minister and civil rights activist Al Sharpton thinks that the NBA should take a clear stand against the Chinese government and openly support democratic values.

“We can’t have them try, in the name of some commercial interest and money, take away people’s democratic rights and then claim that we are the home of democracy around the world… Clearly, we should stand up to them and say that people there are protesting their democratic rights in Hong Kong and we must identify with them. Money should not be able to buy our commitment and passionate commitment to democracy,” Sharpton said to TMZ.

Sharpton wants NBA commissioner Adam Silver to make it clear to China that the organization will not be sacrificing their democratic principles. He finds it hypocritical that some of the NBA figures have lashed out at Donald Trump and his policies in the U.S. while giving a free pass to China on the issues of human rights and democracy. Sharpton extended his support for the Hong Kong protesters and believes that China is treating them in an atrocious manner. He wants people to follow Morey’s lead and openly show their support for the protests.

At the “Time 100 Health Summit” in New York, Silver mentioned that the Chinese government demanded that the NBA fire Morey due to his tweet. “Obviously, we made clear that we were being asked to fire him by the Chinese government, by the parties we dealt with, government and business… We said, ‘There’s no chance that’s happening. There’s no chance we’ll even discipline him’,” he said at the summit (The Guardian). The Chinese foreign ministry denied making such demands.

At present, the NBA’s business interests are estimated to be worth US$5 billion in China, earning money through ticketing, broadcast deals, sponsorships, and merchandise sales. “This is the intersection of money and geopolitics… They are not easy to maneuver… They [China] are going to want the NBA back… I don’t think this is permanent. This is, ‘We’re going to cause a pause to make them feel the pain.’ And within the pause, some diplomacy will be necessary,” an anonymous league executive said to CNBC.

In July, the organization signed exclusive broadcast rights with Tencent until 2025 at US$300 million per year, totaling US$1.5 billion. When compared to the US$24 billion the NBA earns from its 9-year broadcast rights in the U.S., this might seem a small amount. However, the potential of the Chinese market is huge. And the NBA certainly wants to keep the Chinese glued to its games. The Chinese market accounts for just 10 percent of the league’s revenues as of now. But by 2030, this could reach up to 20 percent.

The NBA had 11 wholly-owned Chinese companies as official partners in the country. Following the tweet and subsequent events, all the companies have reportedly cut their ties with the NBA. Tencent originally announced that it would no longer live stream pre-season games. However, they recently backflipped and started broadcasting games again. Chinese social media has been trending with calls for boycotting the organization’s events, and a Chinese man apparently tore down a billboard advertisement of an NBA game.