Is Wiping Out the $1.5 Trillion Student Debt a Good Idea? 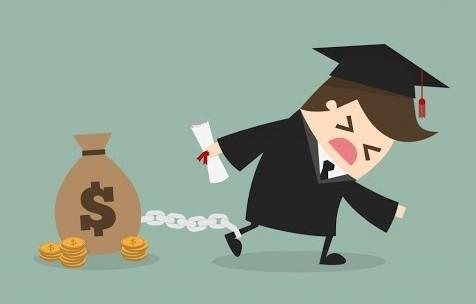 One in four Americans has racked up student debt, with the average amount being US$37,172 per individual. (Image: Screenshot / YouTube)

An important talking point of the upcoming U.S. presidential election has been student debt. Candidates like Bernie Sanders and Elizabeth Warren have both proposed wiping out all or part of the US$1.5 trillion student debt owed by American citizens. While the proposal sounds attractive, is using public money to pay off the debts of some people such a good idea?

One in four Americans has racked up student debt, with the average amount being US$37,172 per individual. The burden of repaying the debt means that people who graduate from college spend the next one or two decades working to pay it off. Women are believed to account for two-thirds of all student debt in the U.S. Poor people end up taking on the most debt to finance their education. Those burdened with large debts keep putting off their marriages or plans of having children. The millennial generation has been hit the hardest.

“Around 25 percent [of millennials] have no personal savings. Two-thirds say they would have difficulty paying an unexpected bill of US$1,000. More than one-third say debt has forced them to put off buying a home, while 30 percent say they have put off saving for retirement, and 16 percent say they have put off having children. This comes at a time when some 94 percent of the new jobs created in the ‘recovery’ are precarious — part-time, short-term, on demand. This is a recipe for calamity,” according to The Washington Post.

In 2008, total American student debt stood at US$580 billion. Given that current estimates put the debt at US$1.5 trillion, this essentially means that total student loans have more than doubled in about 10 years. According to a 2018 study published by the Levy Economics Institute of Bard College, canceling the student debt (which at that time was about US$1.4 trillion) would boost GDP by US$108 billion per year for the next 10 years. This would seem like a solid argument to wipe out student loans.

However, a decision regarding the matter cannot be made solely on the basis of finance. One has to look at the long-term behavioral implications of forgiving student loans. Once such a policy is implemented, what stops the next generation of students from carelessly accumulating debt, hoping that they can collectively stage protests and get the government to cancel their loans? This would clearly wreck the government.

Some taxpayers are also not happy with the idea of the government paying off individual debts. “You’re asking people who haven’t gone to college, or have gone to college and repaid their loans, or have saved and gone to college, to repay the loans of people who did go to college… That is hard to get around,” Adam Looney, a senior fellow at the Brookings Institution, said to Market Watch.

At the moment, there are basically two types of student loan forgiveness programs in the U.S. — Public Service Loan Forgiveness and Teacher Loan Forgiveness. The first program requires that you work full time with a qualified employer.

“Initially, you would have to make 120 consecutive payments over a decade to show that you have been making an effort to clear your student loan debts. After you’ve made the 120th payment, you can apply for your student loan to be forgiven,” according to College Raptor.

The Teacher Loan Forgiveness program is only valid if you are willing to work as a teacher at specific schools full-time for a minimum of five years. Such schools usually tend to pay less. Once you meet the program criteria, up to US$17,500 of student debt will be forgiven. Unless one is specifically interested in pursuing the career of a teacher, this program will not be too beneficial as it only forgives a small fraction of the loan while engaging you in a low-paying job.