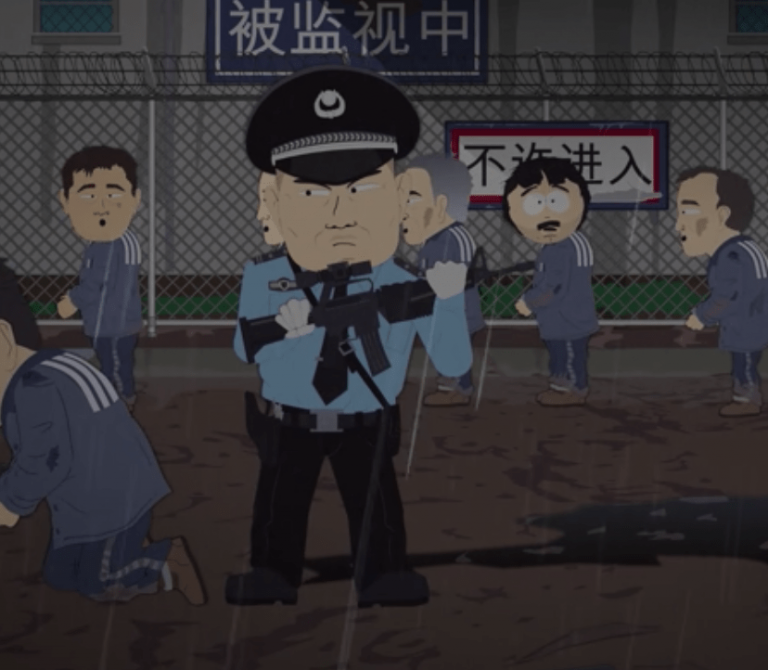 The Chinese government punishes foreigners who do anything against Beijing’s interests by banning them from the country. German DJ Zedd found out about this the hard way when he was banned by China after liking a South Park tweet by the animated Comedy Central TV show.

The DJ announced the ban through his Twitter account @Zedd. His representatives verified the news. “This is true, yes, but we don’t have any more info to give you at this time,” Adam West, Zedd’s publicist, said to CNBC. However, it is unclear whether Zedd himself is banned from traveling to China or his works are blocked from the country. Born in Russia, Zedd grew up in Germany.

The tweet Zedd liked celebrated South Park’s 300th episode entitled “Band in China.” What made Beijing angry about the episode is that it satirized the Chinese Communist Party’s (CCP) regime. The storyline shows a character being sent to a labor camp, reminding viewers of the harsh “re-education” centers where Beijing sends Uyghur minorities. While in prison, the character comes across Winnie the Pooh and Piglet, both of whom have been detained as they are “illegal.” China banned Winnie the Pooh in the country after people started comparing the famous cartoon character with Xi Jinping.

China went on to ban South Park in the country, removing all its episodes from major streaming websites. Creators of the show mocked the censorship in one of their tweets. “Like the NBA, we welcome the Chinese censors into our homes and into our hearts. We too love money more than freedom and democracy. Xi doesn’t look just like Winnie the Pooh at all… Long live the Great Communist Party of China! May this autumn’s sorghum harvest be bountiful! We good now China?” the image in the tweet states @southpark. 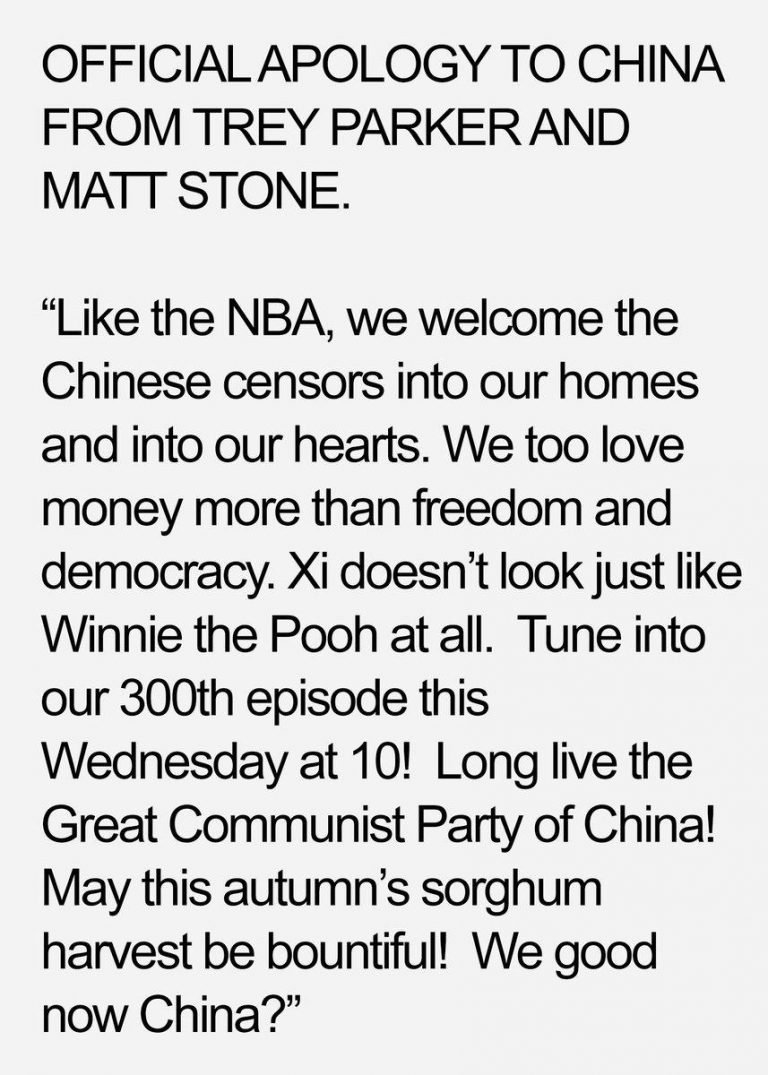 In the past, Beijing has banned several high-profile international celebrities after they took on a position that was perceived as anti-CCP. Actor Richard Gere, who is known to be a strong supporter of Tibetan freedom, has been denied several roles by studios due to Chinese pressure.

In 1997, actor Brad Pitt released his movie Seven Years In Tibet. The film sympathized with the Tibetans and criticized the Chinese government. As a consequence, Brad Pitt and the film’s director, Jean Jacques, were prohibited from entering China. In 2016, pop star Lady Gaga met with the Dalai Lama to discuss meditation and compassion. Chinese authorities removed her music from streaming sites and Lady Gaga was banned from appearing in Chinese radio and television.

When Martin Scorsese released his movie Kundun in 1997, there was a huge hue and cry from China, since the movie depicted the life of the Dalai Lama. Chinese officials threatened Disney that they would ban the studio if the movie was released. Disney apparently went ahead and released the film, following which Beijing prohibited Disney movies from being shown in China. However, Disney soon apologized and got back into the CCP’s good graces after the company realized that giving up the Chinese market is not good for business.

In 2017, Katy Perry was scheduled to participate in a Victoria’s Fashion Show in Shanghai. But after officials came to know that she had draped a Taiwanese flag at a concert, Perry was banned from China. Beijing does not accept Taiwan’s claim that they are a separate, democratic nation.