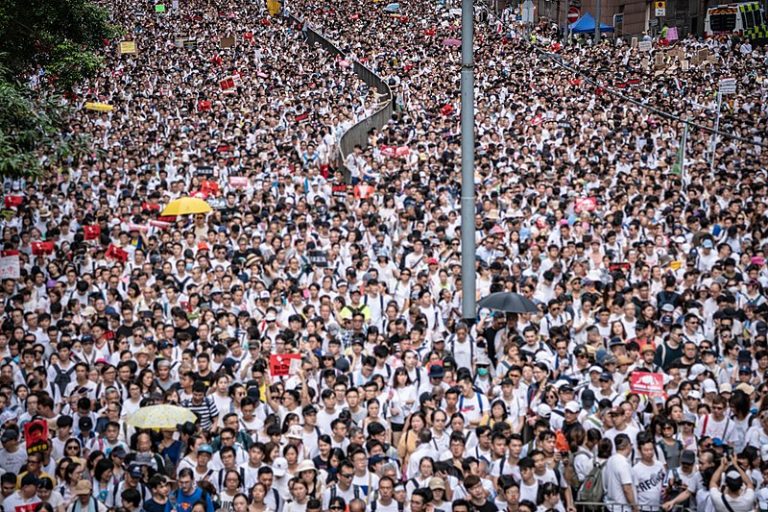 After over 20 weeks into massive protests that have rocked the semi-autonomous city of Hong Kong, the extradition bill that set off the unrest has finally been withdrawn.

This spring, Hong Kong authorities proposed a legal amendment that, if passed, could have been used by the Chinese Communist Party to apprehend any individual in Hong Kong for trial at the hands of the mainland Chinese judicial system.

To many Hongkongers, the extradition bill was just the latest attempt by Beijing to erode the Western-style freedoms and rule of law the city enjoys under its “one country, two systems” arrangement. Millions of the city’s 7.5 million people have protested the bill, and clashes with police and pro-CCP thugs have resulted in severe injuries.

The extradition bill was withdrawn

Security secretary John Lee announced the bill’s withdrawal at a session of Hong Kong’s Legislative Council (LegCo) on the afternoon of October 23. Carrie Lam, Hong Kong’s chief executive, made public her decision to scrap the extradition bill in September. She was not present at the announcement.

The move is unlikely to quell the protests, which have over the summer evolved into a city-wide movement demanding an investigation into police brutality, the release of those detained for protesting, and direct elections of the city’s leaders.

The CCP has been increasing its grip on Hong Kong since the handover from British colonial rule in 1997. In 2014, hundreds of thousands of Hongkongers, mostly students, called for direct elections of the city’s leaders after Beijing released a white paper stressing the communist authorities’ jurisdiction over the city.

The protests of this year have resonated with much broader swathes of society, due to the direct threat that the extradition law posed to Hong Kong’s status as an internationally attractive port and financial hub looming large in public view. In addition to students, tens of thousands of financial workers, as well as civil servants, have stepped out to support the city’s autonomy under “one country, two systems.”

On June 12, police used tear gas for the first time since 2014, setting a grim precedent for future use of such munitions, as well as other non-lethal crowd control weapons. Protesters were not satisfied when Carrie Lam on June 9 announced the suspension of the extradition bill, then declared it “dead” on June 15. On June 16, over 2 million people demonstrated for the full withdrawal of the bill.

Another factor in bolstering support for the protests has been the widespread occurrence of police brutality, as well as acts of violence allegedly committed by members of pro-mainland gangs and government agents seeking to defame the protesters.

The CCP has thus far stood behind Carrie Lam, though there have been reports that she may be removed from her position. China’s Foreign Ministry spokeswoman Hua Chunying issued a statement denying the reports, but it was later deleted by Chinese censors.

The end of the bill came on the same day as the release of Chan Tong-kai, the murder suspect whose case the Hong Kong government used as its original justification for proposing the extradition law. Chan allegedly murdered his girlfriend while vacationing in Taiwan, and flew back to Hong Kong, where he is a resident. Though the authorities sentenced Chan for illegally using the dead woman’s money, they are not permitted to try him for crimes that occurred outside of Hong Kong, nor send him to Taiwan for trial there.

According to reports, Chan has expressed his desire to turn himself into the Taiwan authorities. However, the Taiwanese government has been wary of accepting this request, with some officials expressing concern that Chan may have been coerced by the authorities in a new attempt to justify the need for an extradition law.

By having Chan return ostensibly of his own will, rather than cooperating directly with the Taiwanese authorities to investigate and try his case, Hong Kong and mainland China may intend to create headaches for the administration of Taiwan President Tsai Ing-wen. It remains to be seen whether Taiwan will ultimately accept Chan or not.