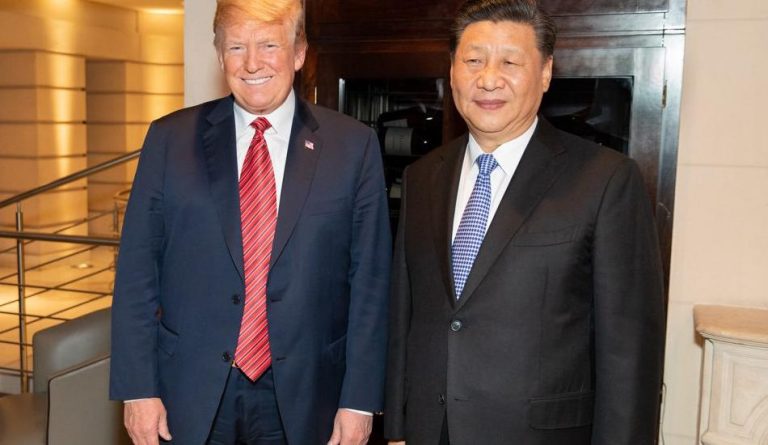 For the past several months, global markets have been in a tense state as the trade conflict between the U.S. and China threatened to blow up anytime. Recently, it was reported that an informal Phase 1 U.S.-China trade deal has been agreed upon by both parties. Now, it seems that a formal trade deal agreement is all set to be signed by Trump and Xi when they meet at the upcoming Asia-Pacific Economic Cooperation forum next month.

As part of the deal, the U.S. avoided increasing tariffs on US$250 billion worth of Chinese goods that were scheduled to come into effect on October 15. In exchange, the Chinese side has agreed to buy more U.S. agricultural products. However: “Beijing is expected to ask Washington to drop its plan to impose tariffs on US$156 billion worth of Chinese goods, including cell phones, laptop computers, and toys, on December 15… Beijing also is likely to seek removal of the 15 percent tariffs imposed on September 1 on about US$125 billion of Chinese goods,” according to Reuters.

U.S. Treasury Secretary Steven Mnuchin stated that the administration had not decided what to do with the December 15 tariffs. Beijing has offered to purchase up to US$40 billion worth of farm goods from the U.S., starting with US$20 billion purchases for the first year. However, such a purchase is subject to market conditions and pricing. China has agreed to remove existing restrictions on genetically modified crops and some food safety barriers, which could contribute to higher farm exports from America.

But the U.S. side is not merely looking at agricultural exports alone. The Trump administration wants China to enforce strict intellectual property rights laws and curb the practice of forced technology transfer under which American tech companies are made to transfer their IPs to local Chinese firms in order to do business. Issues like cybersecurity regulations, data restrictions, and industrial subsidies are also other important topics for the U.S. However, these will be reserved for later talks.

For now, a partial trade deal agreement in itself should bring some cheer to the markets and the economies of both nations. “While modest, this agreement would be an important first step if it is signed by President Trump and Chinese President Xi Jinping. It is critical that these trade talks continue and that more impactful steps are taken. If not, there is the risk of the U.S. and China developing a relationship reminiscent of the Cold War,” Republican Senator David Perdue writes in an article on CNBC.

In a recent interview with CNN, Peter Navarro, a trade adviser to President Donald Trump, stated that China is trying to bring America to its knees. “We are dealing with a strategic rival — and they are trying to buckle our knees… We are on a glide path now for a Phase 1 deal… As the president has said many times, we’ll either get a great deal or we won’t. We’ll see what happens,” he said to CNN.

Navarro pointed out that America’s current conflict with China is not just about the trade war, it is also about security. As an example, he warns that every American citizen’s computer is at risk of being hacked by agents under the control of the Chinese government. With regard to the Hong Kong protests, Navarro assured that President Trump would not go soft over China and drop the issue just to sign a trade deal. The advisor mentioned that such a thought hasn’t even been on the table.