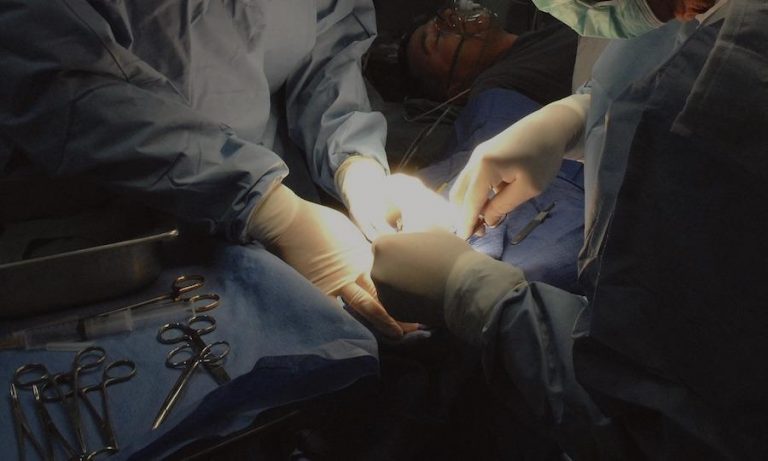 The findings from an independent tribunal into organ harvesting in China ‘cannot be buried along with the bodies of the victims,’ says a UK baroness. (Image: pixabay.com)

The killing of prisoners of conscience through China’s organ harvesting was raised during a debate in the UK’s House of Lords, adding further awareness to an atrocity that first came to light over a decade ago.

During an October 24 debate on the ongoing Hong Kong protests, Baroness Finlay of Llandaff told the House of Lords about reports of organ harvesting in China.

During her speech, Baroness Finlay said she recently met with former international war crimes prosecutor Sir Geoffrey Nice QC, who was the chairman of the China Tribunal.

The independent tribunal’s “judgment makes harrowing reading,” said Baroness Finlay, who is also a medical doctor and a professor of palliative medicine.

“That evidence-based judgment, delivered in June this year, followed the earlier interim judgment that [said]: ‘The tribunal’s members are certain — unanimously, and sure beyond reasonable doubt — that in China forced organ harvesting from prisoners of conscience has been practiced for a substantial period of time involving a very substantial number of victims.’”

Based on a year-long investigation, the tribunal’s judgment prompted worldwide media attention over an atrocity that first came to light in 2006 following claims that imprisoned Falun Gong practitioners were being killed for their organs in northeastern China.

A senior lawyer, who partook in the tribunal, recently told the UN Human Rights Council that it and UN member states are legally obligated to address the killing of innocent people for their organs in China.

Earlier in her speech, Baroness Finlay provided details to the House of Lords about the main victims of organ harvesting in China — adherents of the meditation practice Falun Gong.

“In the early 1990s, Falun Gong, with its Buddhist origins and fundamental tenets of truthfulness, compassion and forbearance, was favored by the People’s Republic of China,” the baroness said.

“As it became popular, it was proscribed by the atheistic state, and adherents appear to have been systematically persecuted, imprisoned in labor camps without cause, tortured and an unknown number killed. They are prisoners of conscience, along with Uyghurs, house Christians, and Tibetans,” she said.

“Those of us in rich, vibrant societies cannot understand what the perceived threat is to the communist state from people whose philosophy is non-violent and peaceful at all times. Yet now there is extensive evidence that China has been killing its Falun Gong prisoners of conscience to remove organs for commercial human transplantation.”

Watch this video about the tribunal and its findings below:

The baroness then put forward a question that many have asked.

“Is it possible that some doctors could perpetrate such crimes against humanity, even at times taking organs before the person was clinically dead? Shamefully, it ​seems so,” she said.

“The tribunal’s findings cannot be buried along with the bodies of the victims, so will the government support the bill of the noble Lord, Lord Hunt of Kings Heath, to cut off demand from any UK residents who want to participate in this transplant tourism?” she asked, referring to a bill to amend the Human Tissue Act 2004 concerning consent to activities done for the purpose of transplantation outside the UK and consent for imported cadavers on display.

That bill was introduced and first read in the House of Lords the day before the baroness’ speech.

Taiwan, Israel, and Spain have all banned organ tourism to China.

A U.S. House of Representatives resolution was unanimously passed in mid-2016 that urged the Chinese regime to stop harvesting the organs of prisoners of conscience and end the persecution against Falun Gong. The European Parliament passed a similar resolution in 2013.

Watch the baroness’ speech in the House of Lords below: