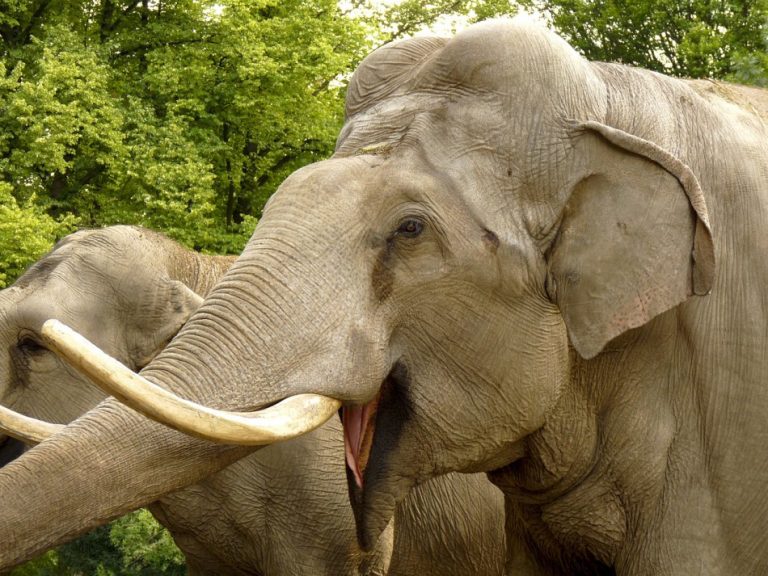 Five elephants plunged to their deaths trying to save a calf. (Image: pixabay / CC0 1.0)

In a tragic accident, 11 elephants recently died at Thailand’s Khao Yai National Park after they fell into the Haew Narok Waterfall. This is the greatest number of elephants to die in Khao Yai in a single incident. About 30 years ago, eight elephants died at the waterfall in a similar manner.

Initially, officials only discovered six elephant bodies. A 3-year-old calf had been swept away by the river. The remaining five elephants tried to save it, but fell into the waterfall and died. The waterfall, also known as the “Ravine of Hell,” is the tallest in the park with a total height of 200 meters. According to Soraida Salwala, the founder of Friends of the Asian Elephant Foundation, these animals are very sympathetic to each other, which unfortunately ended up being the cause of the five deaths.

“Elephants in the same herd have a sense of caring for each other. This bond means when one of them sees another in trouble it will go in to help… For example, we are a hospital and if one of them is injured or dies we have to cover it up for the others to not see it otherwise they feel shocked and it grabs their attention. They’ll start looking right at it… For elephants in the wild, their relationships are even closer because they walk everywhere together,” she said to the South China Morning Post.

When authorities sent a drone downstream, they ended up discovering five more carcasses, taking the total number of elephant deaths to 11. These elephants are believed to be from the same herd as the first discovered group. The park was closed down to visitors and authorities quickly removed the bodies from the water to prevent contamination. Two elephants were seen to be struggling at the waterfall’s cliff, trying to go down and help their herd. They were rescued and given medical care.

In May, it was reported that the Thai government had passed a new regulation that will allow elephants to be exported to other countries. According to authorities, the export regulations have been drafted in a way that ensures compliance with international animal conservation laws and the Convention on International Trade in Endangered Species of Wild Fauna and Flora (CITES) agreement.

“Elephants and elephant-related products can only be exported for research, diplomatic purposes or for exchange between academic institutes and museums… We have carefully drafted this regulation in close consultation with related agencies and can ensure that exported Thai elephants will be well taken care of by experts in a good environment when they are overseas,” Adul Chotinisakorn, director-general of the Foreign Trade Department, said to The Nation Thailand.

Only domesticated elephants that have been registered with the government will be allowed for export. As such, it is argued that the law cannot be misused by wildlife traffickers. However, animal protection groups have strongly protested against the regulation and asked the government to revoke it. Some say that the law will force an increasing number of Thai elephants to live in foreign environments that will be unsuitable for them.

Thailand is also reportedly set to pass the Wildlife Preservation Act (2019) sometime this year. People caught poaching or involved in the illegal trade of wild elephants will likely face fines of up to 1 million baht (US$33,000) and a jail term of up to 10 years.