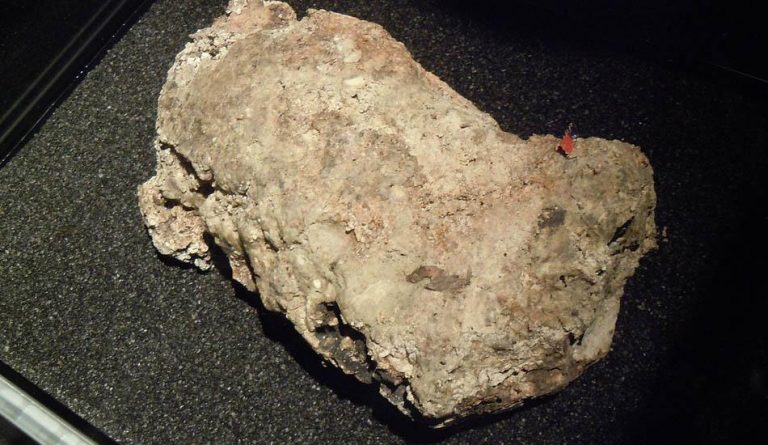 Fatberg refers to a semi-solid mass of sewer waste that is usually a combination of grease and non-biodegradable matter. Just before Christmas last year, a 64-meter-long monstrous fatberg was discovered under The Esplanade in Sidmouth, Devon, the UK. Bigger than even the Leaning Tower of Pisa, the Devon fatberg was handed over to a team of scientists for analysis. The researchers have now revealed its composition.

“We worried that the fatberg might concentrate fat-soluble chemicals such as those found in contraceptives, contain now-banned microplastic beads from cosmetics and be rich in potentially pathogenic microbes, but we found no trace of these possible dangers. We were all rather surprised to find that this Sidmouth fatberg was simply a lump of fat aggregated with wet wipes, sanitary towels, and other household products that really should be put in the bin and not down the toilet,” Professor John Love, an expert on synthetic biology and leader of the project, said to the Independent.

South West Water workers had spent eight weeks to remove the fatberg from the sewer. The scientists were provided with four samples weighing 10 kg each. The remainder was sent to a local sewage treatment plant where the fatberg was used to produce energy. Researchers melted the fatberg samples and conducted a macro analysis to study their composition. South West Water deals with almost 8,500 blocked sewers every year. The Sidmouth fatberg is the biggest one the organization has ever handled in its history.

Advertising Standards Authority (ASA) had recently banned an ad by Andrex that claimed that their toilet wipes are “flushable,” since it did not meet Water U.K.’s “Fine to Flush” standards. Water UK director of corporate affairs Rae Stewart welcomed the ruling and reminded the public that if a wipe does not have a “Fine to Flush” label, they should put it in the dustbin and not in the toilet.

“Sewer flooding causes misery for thousands of households so we hope this marks a watershed moment in the wider battle to prevent consumers from being misled over what items are safe to flush. We want to see more wipe manufacturers adopting the Fine to Flush standard so all of us can make an informed choice when checking the label,” Steve Grebby, from the Consumer Council for Water, said to ITV.

Earlier this year, Thomas Water did a £20 million (US$25.6 million) upgrade to a Victorian sewer in central London called the “keyhole engineering” scheme. Recently, it was awarded the Operations & Maintenance Project of the Year at the British Construction Industry Awards. The tunnel, built in the 1850s, was renovated while it remained in full operation throughout the project.

“We took the pieces of a giant 3D jigsaw underground through a hole no wider than the wheel of a van, and pieced it all together to reinforce the existing brickwork and improve the resilience of the sewer… Doing it this way did not impact on the busy roads or trains, and we saved money and significantly reduced pollution by not using large mechanical diggers,” Asad Hanfi, Thames Water project manager, said to WWT Online.

The brick sewer is sandwiched between a road junction and an underground metro tube. Thanks to the repairs, the sewer will now be operational well into the next century.