Hong Kong: Why China Is Holding Back From Military Intervention 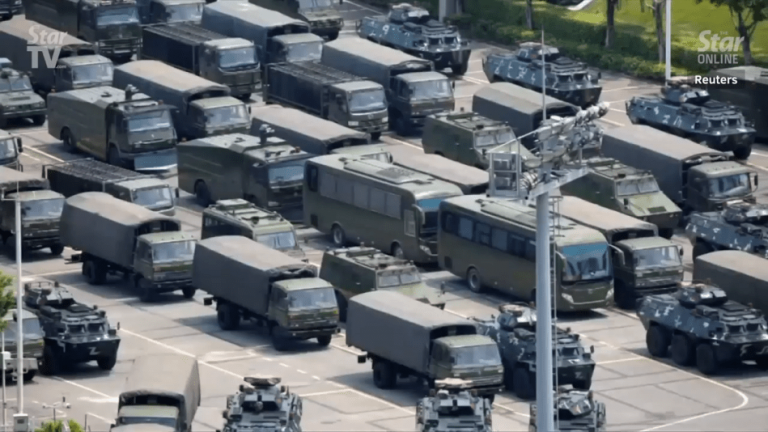 Cracking down on the Hong Kong protests will effectively end the possibility of Taiwan unifying with China under the 'one country, two systems’ rule. (Image: Screenshot / YouTube)

Beijing has repeatedly threatened the Hong Kong protestors with “serious consequences” if they do not stop their pro-democracy demonstrations. President Xi Jinping warned that any attempt to split Hong Kong from China will end up in “crushed bodies and shattered bones.” However, despite these grave warnings, Beijing has abstained from actually deploying the military in Hong Kong since such a move would have terrible consequences for China.

Holding back in Hong Kong

If Chinese troops were to storm Hong Kong, there would be an inevitable violent conflict with the native population. “Hong Kong’s residents would almost certainly treat Chinese government forces as invaders, and mount the fiercest possible resistance. The resulting clashes — which would likely produce high numbers of civilian casualties — would mark the official end of the “one country, two systems” arrangement, with China’s government forced to assert direct and full control over Hong Kong’s administration,” Minxin Pei, a professor of government at Claremont McKenna College, writes at Project Syndicate.

This would plunge Hong Kong into chaos. Communication lines, transportation networks, logistics systems, and other critical components of the city would come under attack from rebels determined to keep fighting against the Chinese government. A number of civil servants would quit, leaving the administrative system weak. Businesses would pull out of the city and the status of Hong Kong as the financial center of the East would end. China definitely does not want this to happen.

The violence unleashed in Hong Kong might also end up inspiring pro-democracy supporters in the mainland. When they see Hongkongers resisting the Chinese military, anti-Beijing groups in China might start to think that this is the right time to move against the communist regime. There is also the issue of Taiwan. China has been extending the “one country, two systems” offer to the island nation. By crushing Hongkongers who wish to maintain their democratic society, China will end all hopes of Taiwan every becoming a part of the mainland. Sentiment against China has been on the rise in Taiwan ever since the Hong Kong protests.

Taiwanese President Tsai Ing-wen has used the opportunity to her advantage, asserting that her country will remain free from Chinese rule. “When freedom and democracy are challenged, and when the Republic of China’s existence and development are threatened, we must stand up and defend ourselves… The overwhelming consensus among Taiwan’s 23 million people is our rejection of ‘one country, two systems,’ regardless of party affiliation or political position,” she said in a statement (Reuters).

Beijing recently arrested a mainland journalist who had participated in the Hong Kong protests. The reporter, Huang Xueqin, was taken into custody by Chinese authorities around October 17. “[Beijing] is fearful that the protests in Hong Kong could inspire challenges to the government in the mainland, and any expression of ideas of freedom and democracy is a threat to its grip on power,” Yaqiu Wang, a researcher with Human Rights Watch and a friend of Huang’s, said in a statement (CNN).

Well-known for her outspoken manner, Xueqin had regularly gone to Hong Kong until August. She was planning on studying at the University of Hong Kong in September. However, the police summoned her and confiscated her passport to stop her from leaving the mainland. Xueqin is popular for being at the forefront of the #MeToo campaign in China.