Parenting: Why Your Kids Whine 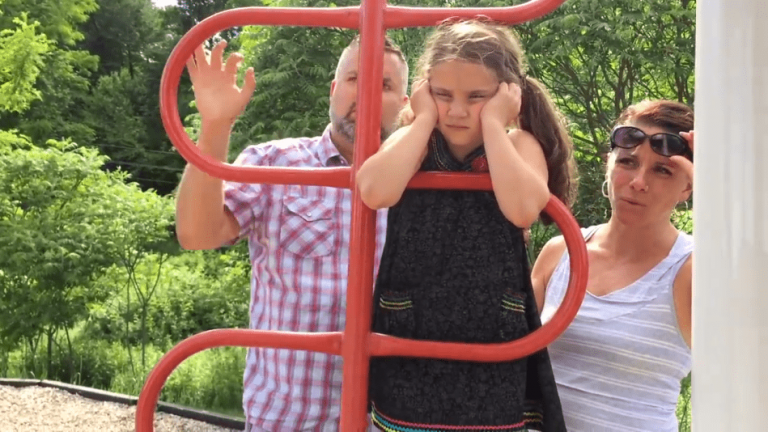 Almost every parent knows that when their kids start to whine, they expect something. (Image: Screenshot / YouTube)

Almost every parent knows that when their kids start to whine, they expect something. But do you know why your children whine when they want something rather than straight-up asking for it? There is an interesting psychological reason for this — your kids whine because they instinctively know that you will respond to their demands much quicker.

Kids may start whining when they are as little as 10 months old. However, when they grow up and start to speak, their whining tendencies ratchet up to another level. Interestingly, infant monkeys and human babies are similar in their use of whining in the sense that they see it as a bridge that resolves the communication gap with an adult. In human beings, whining peaks when kids enter toddlerhood. From then on, the tendency gradually diminishes.

“What distinguishes whining from other types of vocalization is how deeply annoying it is — which is why it’s such a successful tactic for getting a parent’s attention… Though whining is awful for everyone within earshot, kids … reserve whining for people they are emotionally attached to; this isn’t behavior they’ll try with strangers,” according to The New York Times.

Basically, kids whine when they need your help. They might be thirsty or hungry and might need you to provide some nourishment. Sometimes, the child may not be feeling well and will whine so that you comfort them. Kids who feel neglected by parents have been found to whine in order to get their attention and love. However, if the parents continue to neglect such children when they’re in need of real attention, it can end up causing long-term negative psychological issues. Sometimes, the child might just be whining to show their displeasure.

One study found that when fathers displayed negativity, the kids tended to whine and cry more. Interestingly, when the negativity was shown by the mother, the children were observed to argue and fight. For an adult, constantly hearing the whining of kids can be disturbing. In an experiment conducted by Rose Sokol-Chang, Ph.D., 26 parents and 33 nonparents were asked to do basic math problems while hearing various human sounds. When these participants were subjected to infants whining, they ended up making more mistakes irrespective of whether they were parents or not.

One way to deal with your kid’s whining is by paying no attention to it at all. “By removing the payoff — attention and maybe the reward of getting what they’re whining for — you’ll cut back dramatically on this annoying misbehavior. First, stop giving in to the whining. Whether you’re in the grocery store or at the dinner table, say ‘no,’ and stick to it. If a tantrum happens, calmly let it happen in a safe place (like the car) — and your child will soon learn that whining, and even a tantrum, won’t get him what he wants,” according to Positive Parenting Solutions.

You can also reinforce in their minds that whining is a bad habit. Children are very sensitive to how their parents perceive them and will quickly modify their behavior to earn the love of their mother and father. If the kid sees that whining attracts disapproving glances from his parents and relatives, the child will realize that this is something they should not continue and will abandon the habit very soon.