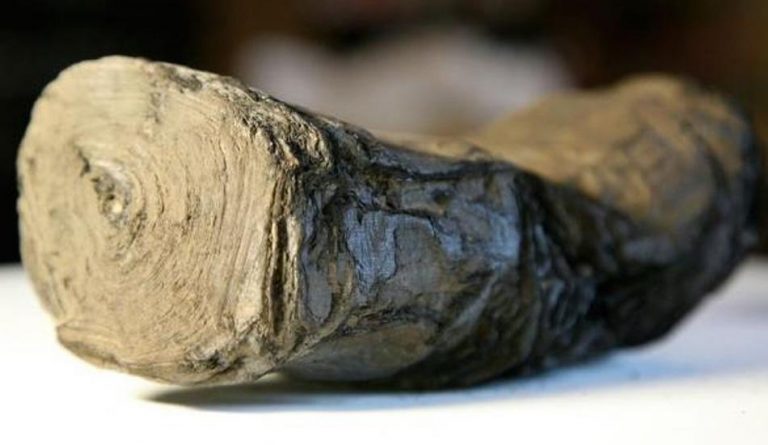 The Herculaneum Papyri is a group of carbonized texts from A.D. 79. (Image: via wikimedia CC BY-SA 4.0)

The Herculaneum Papyri is a group of carbonized texts that contains the works of Greek philosophers like Philodemus of Gadara. The texts were carbonized due to the eruption of Mount Vesuvius in Campania, Italy, in A.D. 79. Scientists now plan on using light beams far brighter than the sun to decipher the elusive contents of the papyrus scrolls.

Since the scrolls are fragile, they have largely been left intact, as opening them could end up in their disintegration. Of the 1800 scrolls that have been recovered, the majority are being kept at a library in Napoli, Italy. A few of these scrolls were offered as gifts to Institut de France, an academic organization in France.

Prof. Brent Seales, director of the Digital Restoration Initiative at the University of Kentucky, and his team of undergraduate students from Paris will be studying the scrolls in France’s possession. In total, six scrolls will be scanned at the Diamond Light Source facility, a British particle accelerator that produces the light. The scrolls use carbon ink, which has a density similar to that of the carbonized papyrus. This is the reason why X-ray scans have failed at detecting the content of the scrolls. But the analysis at Diamond Light Source is expected to resolve the problem.

“The idea is essentially like a CT scanner where you would take an image of a person, a three-dimensional image of a person and you can slice through it to see the different organs… We… shine very intense light through [the scroll] and then detect on the other side a number of two-dimensional images. From that, we reconstruct a three-dimensional volume of the object… to actually read the text in a non-destructive manner,” Laurent Chapon, physical science director of Diamond Light Source, said to Reuters.

Scans won’t offer an immediate visualization of the content of the scrolls. However, what they will provide are the crucial building blocks that will lay the foundation for such visualization. Initially, the internal structure of the scrolls will be revealed in the highest possible definition that will allow researchers to ferret out the compressed layers on which the textual content exists. The team will then use machine learning technologies to decipher the content.

“The machine learning tool we are developing will amplify that ink signal by training a computer algorithm to recognize it — pixel by pixel — from photographs of opened fragments that show exactly where the ink is — voxel by voxel — in the corresponding tomographic data of the fragments. The tool can then be deployed on data from the still-rolled scrolls, identify the hidden ink, and make it more prominently visible to any reader,” Seales said in a statement (Diamond).

When Mount Vesuvius blew up in A.D. 79, the scrolls were subject to intense parching within a short period of time in a room that was oxygen-deprived. This caused the carbonization of the scrolls that ended up being preserved by several layers of cement-like rock.

Many centuries later in 1752, a few workers accidentally discovered these scrolls. Around 1,800 scrolls were officially listed as found. However, some believe that many more scrolls could have been discovered and are being kept secret by authorities.

These scrolls are thought to contain contents about Greek Philosophy, especially those by prominent figures like Chrysippus, Epicurus, and Philodemus. A section of the poem surrounding the events of the “Battle of Actium” has also been found. Last year, it was reported that certain sections of Histories by Seneca the Elder were discovered in a papyrus.