Germany Will Not Specifically Exclude Huawei 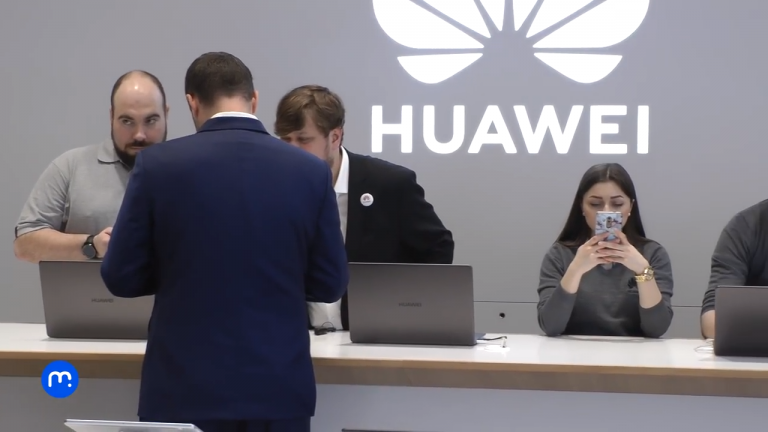 The German government will not introduce explicit regulations to exclude Huawei, the Chinese state-and-military-linked telecommunications company, from building Germany’s 5G cellular network infrastructure, according to draft documents and spokespersons.

On October 15, the German Bundesnetzagentur, or Federal Network Agency, produced a draft of regulations stating that while companies would have to prove, in the words of a state-run Deutsche Welle report, that “they are trustworthy, and demonstrate, for example, that they will not transmit confidential information abroad,” the controversial Huawei was not specifically barred from taking up construction jobs.

A CNBC report on October 16 confirmed the content of the draft regulations, which concern the safe construction and operation of German networks, with a spokesperson from the German Ministry of the Interior.

The German federal government’s stance on Huawei notably contrasts with that of U.S. and EU officials, who warn about the security threats that the Chinese company poses. The Chinese Communist Party has been widely accused of using Chinese companies and people as vectors for conducting espionage and political influence operations overseas.

CNBC noted that the German move was a blow to the United States’ attempts to get its allies to block out Huawei’s global 5G push.

A Huawei representative told CNBC via email on October 16 that the company welcomes “the move the German government has taken to create a level playing field for 5G network vendors.”

“Politicizing cybersecurity will only hinder technology development and social progress while doing nothing to address the security challenges all countries face. Huawei will continue to work openly with regulators, customers, and industry organizations to ensure that mobile networks are secure,” the email read.

However, running counter to Huawei’s claims that it would not be used as a backdoor for espionage is a Chinese law stipulating that Chinese citizens and organizations can be forced to hand over data to the Communist Party-run state on request.

Europe in the balance

As a major European power, Germany’s decisions regarding its cooperation with Huawei and the Chinese government could have profound implications for the continent.

Many political scientists and China hands have warned of the risks of business with Chinese firms, as the latter is subject to the goals and ambitions of Beijing’s Leninist authoritarianism.

“Huawei has already worked on 5G trials with Deutsche Telekom and has previously supplied existing equipment to all of Germany’s telecoms operators,” CNBC reports, noting that “other EU member states, including France and the UK, are yet to make a firm decision on employing Huawei.”

An opinion article published by Deutsche Welle this year noted the “complicated” relationship between Germany and Huawei.

“If you stroll into any major German electronics store, you’ll quickly realize that the Chinese technology firm Huawei already has a pretty decent foothold in the market of Europe’s biggest economy,” the piece read.

“Huawei smartphones and notebooks are as visible as those of any other brand. According to the online statistics portal Statcounter, Huawei had a 14 percent share of the German mobile market at the end of February 2019, in third place behind Apple and Samsung. It’s a share that’s growing fast.”

According to the MIT Observatory of Economic Complexity, trade between Germany and China in 2017 was worth 180 billion euros, or US$204 billion, almost half of which was in machinery and high-tech equipment.

In the United Kingdom, those in the intelligence community have expressed varying opinions on the threats posed by Huawei.

The former head of MI6, Britain’s spy service, said that the People’s Republic of China did not try to use Huawei’s equipment, which is installed in UK networks, for nefarious ends. Meanwhile, MI6’s current director, Alex Younger, said that China’s standards varied from those of Britain “both legally and ethically,” as CNBC put it.

UK Digital Minister Nicky Morgan told the BBC late this summer that Britain would hopefully make a decision on Huawei “by the Autumn.”

In May, French President Emmanuel Macron told CNBC that while France had regulations to protect national security, it did not intend to block Huawei.

Around 1,000 times faster than the 4G networks in current use, 5G is envisioned as the basis of an “Internet of Things,” including self-driving cars, automated factories, and so-called “smart cities,” which require extremely high connection speeds for artificial intelligence to function smoothly.

China has been at the forefront in implementing IoT technologies, with electronic payments and facial recognition being a major feature across its cities. Beyond this, the Communist Party has used this digital infrastructure to set up an unprecedented surveillance network that relies on AI to monitor, recognize, and track hundreds of millions of individuals. A pervasive “social credit system” determines the privileges people are afforded in everyday life, as well as their eligibility for work and travel, making even casual expressions of politically incorrect ideas risky.

The U.S. government has increased pressure on Huawei and other Chinese companies as part of a broader toughening on Beijing in the fields of trade, finance, intellectual property, and human rights. Last December, Canadian authorities arrested Meng Wanzhou, Huawei CFO and daughter of Huawei’s founder Ren Zhengfei, in Vancouver at the request of the American authorities.