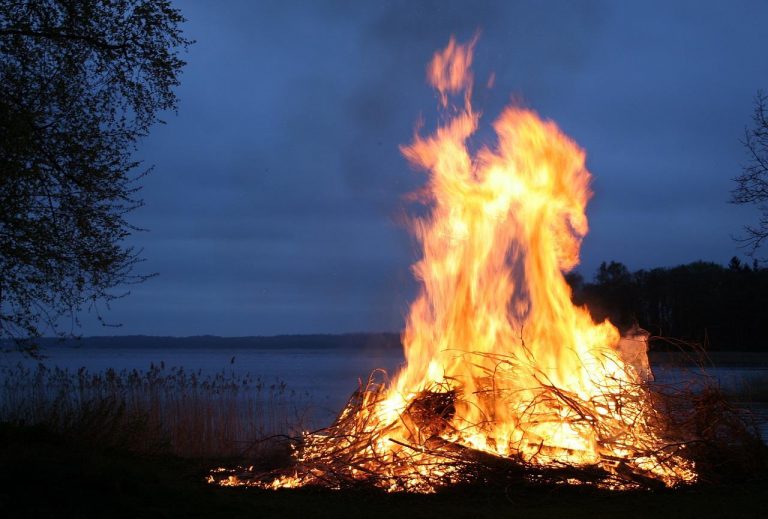 Just when this momentous acquisition of knowledge occurred has been a hotly debated topic for archaeologists. (Image: via pixabay / CC0 1.0)

Fire starting is a skill that many modern humans struggle with in the absence of a lighter or matches. The earliest humans likely harvested fire from natural sources, yet when our ancestors learned the skills to set fire at will, they had newfound protection, a means of cooking, light to work by, and warmth at their fingertips.

Just when this momentous acquisition of knowledge occurred has been a hotly debated topic for archaeologists. Now, a team of University of Connecticut researchers, working with colleagues from Armenia, the UK, and Spain, has found compelling evidence that early humans such as Neanderthals not only controlled fire, but also mastered the ability to generate it.

“Fire was presumed to be the domain of Homo sapiens but now we know that other ancient humans like Neanderthals could create it.

“So perhaps we are not so special after all.”

Their work, published in Scientific Reports, pairs archaeological, hydrocarbon, and isotope evidence of human interactions with fire, with what the climate was like tens of thousands of years ago.

“Fire starting is a skill that has to be learned — I never saw anyone who managed to produce fire without first being taught.

“So the assumption that someone has the capability to set fire at will is a source of debate.”

The research team looked at sediment samples to determine the abundance of polycyclic aromatic hydrocarbons (PAHs), which are released when organic material is burned. One type of PAH, called light PAHs, disperses widely and is indicative of wildfires while others, called heavy PAHs, disperse narrowly and remain much closer to the source of fire.

“Looking at the markers for fires that are locally made, we start to see other human activity correlating with more evidence of locally-made fire.”

Evidence of increased human occupation at the site, such as concentrations of animal bones from meals and evidence of tool making, correlated with increased fire frequency and the increased frequency of heavy PAHs. Researchers also needed to rule out the possibility that unsettled weather, which gives rise to lightning, had ignited the fires.

To do so, they analyzed hydrogen and carbon isotope composition of the waxy cuticles of ancient plant tissues preserved in sediments. The distribution of these leaf waxes indicates what kind of climate the plants grew in.

They could not find any evidence of a link between overall paleoclimatic conditions and the geochemical record of fire, says Michael Hren, study author and associate professor of geosciences. Hren said:

“In order to routinely access naturally caused fires, there would need to have been conditions that would produce lighting strikes at a relative frequency that could have ignited wildfires.”

By pairing the climate data with the evidence found in the archaeological record, the researchers then determined the cave’s inhabitants were not living in drier, wildfire-prone conditions while they were utilizing fires within the cave.

In fact, there were fewer wildfires for these ancient humans to harvest at the time when fire frequency and heavy PAH frequency was high in the cave, says Brittingham, adding:

“It seems they were able to control fire outside of the natural availability of wildfires.”

Brittingham is now applying the same research techniques to analyze other caves occupied by early humans. He is currently working with a team in Georgia, among other locations, to determine whether fire was developed independently by groups in different geographic areas. He asked:

“Was it something that people in Armenia could do but people in France could not do? Was it developed independently?”

Provided by: Elaina Hancock, University of Connecticut [Note: Materials may be edited for content and length.]