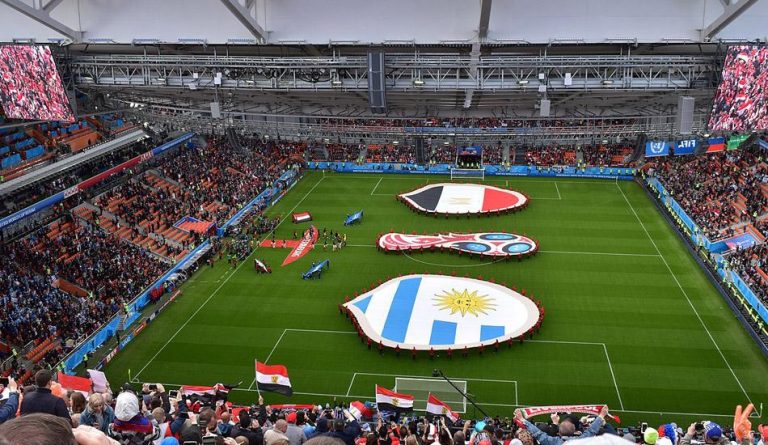 FIFA will be conducting the 2021 Club World Cup in China. (Image: Crown of Amber via wikimedia CC BY-SA 4.0)

FIFA recently announced that it will be conducting the 2021 Club World Cup in China. The event will feature 24 of the best football clubs from across the globe and will be held in the months of June and July. Several human rights organizations have criticized FIFA’s decision to organize the event in a country known for blatant human rights violations.

“It’s likely the Chinese authorities will see the competition as an opportunity to project an image of openness and toleration, whereas the much darker reality in the country is one of pervasive censorship, relentless round-ups of dissidents, and the shocking mass detention of Uighurs in Xinjiang. China has an atrocious human rights record and Fifa must use its considerable influence to push for human rights improvements in the country,” Allan Hogarth, Amnesty International UK’s head of policy and government affairs, said to The Guardian.

When announcing the news, Gianni Infantino, the president of FIFA, was very careful to avoid any mention of China’s human rights record. Instead, he went on to talk about the suffering of refugees in Lebanon and the protests in Chile. Infantino argued that FIFA is not responsible for solving the problems of the world and that its mission is solely to organize and develop football. However, FIFA’s explanation sounds hypocritical given that the organization had recently pressured Iran to allow women in stadiums.

If FIFA can bring about a change in Iran, what stops it from doing the same in China? The answer lies in the business opportunity. China offers a huge market potential for the organization. The government actively promotes football. In a country of more than a billion people that is on its way to being the top economic power in the world, this signals a potentially huge market that might even rival the West one day. This is likely the reason why Infantino remained silent when the press questioned him whether FIFA would conduct a human rights review of China as required by its rules.

FIFA is hoping that the new 24-club event will attract a wide audience, maybe even greater than the World Cup itself. “How many people outside of Italy are supporting the Italian national team?…  Not many, but when you look at how many people are supporting Real Madrid or Barcelona in Spain, this goes much beyond the Spanish borders. These are hundreds of millions of people all around the world, including of course in Asia and China,” Gianni Infantino, the president of FIFA, said to The New York Times.

FIFA’s 2021 Club World Cup will likely affect the Africa Cup of Nations that is scheduled to be hosted between June and July 2021 in Cameroon. Claude le Roy, the coach of Togo, expressed his disappointment at FIFA’s schedule. “It’s terrible for the projection of this beautiful competition — the Nations Cup… Fifa’s decision that June is a good time to host the Club World Cup means they are killing the Nations Cup,” he said to the BBC.

The Africa Cup of Nations was originally slated to be played during the January-February period. But when it was found that this would trigger “club vs. country” rows, the event was rescheduled to June-July. Clubs in Europe are also said to have some issues with the timing of the tournament. About eight European and three African clubs are expected to participate in the 2021 Club World Cup.