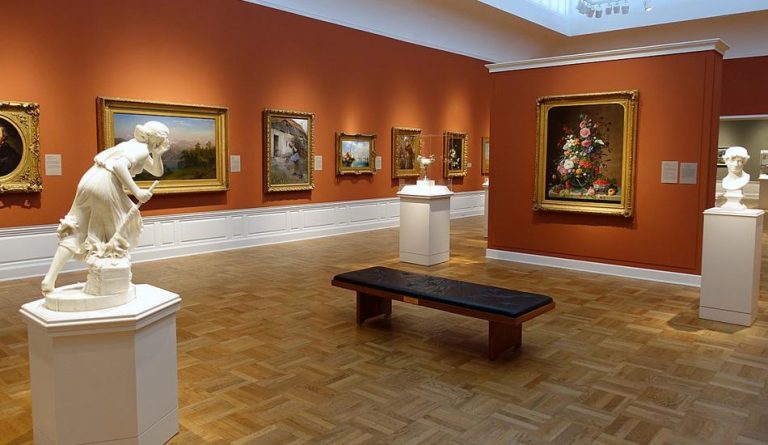 The village of Dafen in China is known as the copycat painting capital of the world. In the nineties, it used to produce numerous duplicates of masters like Salvador Dali, Vincent Van Gogh, Claude Monet, and so on. Dafen accounted for almost 60 percent of new oil paintings in the world at that time. But in the past few years, the Chinese village has been trying to move away from its copycat image.

“Our fame was a double-edged sword… Dafen became a byword for cheap copies… even artists living in Shenzhen scorned Dafen,” Yu Sheng, executive vice president of the Dafen Fine Art Industry Association, said in a statement (The Telegraph). To encourage artists to create original works, the local government has set up a 100 million yuan fund that will be used to build an art museum and apartments for painters.

The village currently has almost 300 artists who solely focus on original pieces. Demand for such works has been picking up thanks to domestic customers. Of the 4.1 billion yuan revenues generated by the region’s artists in 2016, almost 70 percent came from domestic buyers, a far cry from decades back when foreigners were the big customers. China’s growing middle class, confident of its own culture, is seeking out art that aligns with its artistic values. It is this market that has been a primary driver of original art in Dafen.

But despite government measures, some locals are not too convinced that Dafen will become a renowned art center in China any time soon. “The big buyers know that the market here used to be famous for copies, and it was a low-end market, so not many are coming for the original paintings,” an original artist who has been in Dafen for 12 years said to The Japan Times. As of 2017, Dafen was home to almost 1,200 galleries and art businesses that collectively employed around 20,000 people.

Cultural economist Clare McAndrew recently published a report that gave a negative view of the Chinese art market. She notes that China witnessed a contraction in the supply of high-quality works as well as an increase in cautious buying in 2018 due to looming trade and debt worries. Western galleries were also finding it difficult to do business in mainland China due to payment issues.

“Sales through the mainland’s dominant auction sector fell by 6 percent over the year and were 24 percent down at Poly Auction, the third largest auction house in the world. In Hong Kong, auction sales were down 22 percent… China has one of the highest rates of buy-ins (unsold lots) at auction, at 57 percent (averaging at 18 percent in the U.S. fine art market, 27 percent in the UK),” according to The Art Newspaper.

A report by the European Fine Art Foundation (TEFAF) warns that China’s secondary art market sales will not be returning to its peak levels of 2011 in the next few years. Primary art sales will also not be returning to its 2006-2007 heights. This decline in sales of artwork will affect painters, galleries, and brokers. The report suggests the softening of tax and currency restrictions as the only way to boost art sales growth in China. Private museums are becoming unsustainable due to increasing costs, due to which almost 1,500 of them are expected to liquidate.