How the Aztecs Could Improve Modern Urban Farming 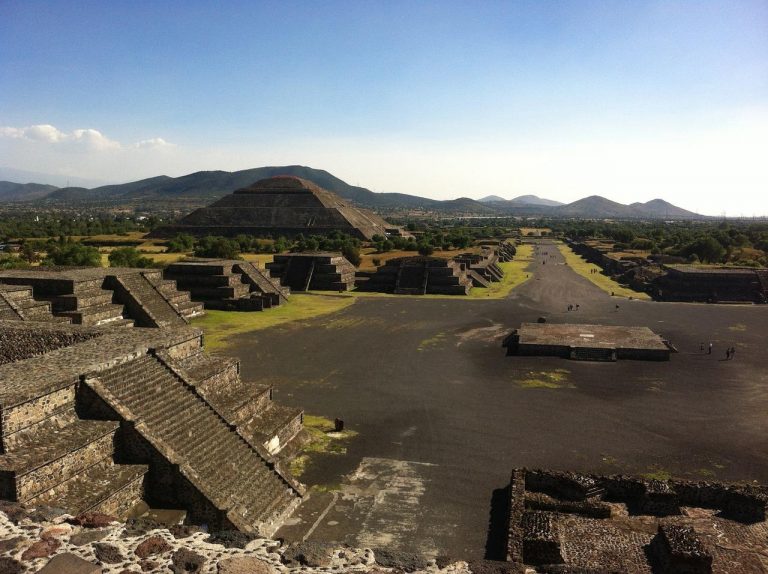 Roland Ebel of the Sustainable Food Systems Program at Montana State University conducted a research project to determine the extent to which an ancient agricultural technique of the Aztecs could benefit 21st-century urban farming needs.

Specifically, Ebel examined the use of “chinampas” with the hope of discovering their modern utility. A chinampa is a raised field on a small artificial island on a freshwater lake (usually surrounded by canals and ditches) where vegetables can be produced year-round.

The irrigation needs of chinampas is low and the productivity extremely high. Chinampas provide fresh produce for a megacity such as Mexico City and are conceivable around many of today’s exploding urban areas.

Ebel’s findings are illustrated in the article Chinampas: An Urban Farming Model of the Aztecs and a Potential Solution for Modern Megalopolis, found as open access in the online journal HortTechnology. The chinampa system, commonly called floating gardens, is still practiced in certain suburban areas in Xochimilco, in the southern valley of Mexico City.

These raised fields are constructed by digging the canals and mounding the displaced earth onto platforms. Similar historic raised field systems can be found in South America, Asia, Oceania, and parts of Africa. In a chinampa, the canal water rises through capillary action to the plant roots, which reduces irrigation demands.

Additionally, a considerable portion of the soil fertility is generated in the canal floors. Complex rotations allow up to seven harvests in a year. Chinampas also provide ecosystem services, particularly greenhouse gas sequestration and biodiversity. In addition, the recreational benefits are tremendous: Today, chinampas generate even more money from tourism than from horticultural production.

Ebel discovered the chinampa to be one of the most intensive and prolific production systems ever developed, and it is highly sustainable. It can be kept in almost continuous cultivation, and the microclimate is favorable for many horticultural crops, including ornamentals, which play an increasingly important role in Xochimilco. Even small animals can be raised on chinampas.

During the Aztec period (1325-1521), the development of chinampas is linked to high regional population density and the growth of sizable local urban communities. The raised field agriculture provided pre-Columbian farmers with better drainage, soil aeration, moisture retention during the dry season, and higher and longer-term soil fertility than in conventional outdoor production, Ebel said:

“Thus, while most strategists emphasize high-tech solutions such as complex vertical farms, I think it is worthwhile to learn from the achievements of our ancestors.”

Nevertheless, despite versatile efforts to revitalize and reinterpret chinampas, the raised-field production system today is mostly limited to small-scale research and development projects. Ebel supports efforts for a revitalization of the chinampa system, saying:

“A restored use of chinampas would allow intensive production of fresh vegetables close to Mexico City, avoiding transport needs and avoiding negative consequences on produce quality and greenhouse gas emissions.”

“Wherever you have freshwater lakes near a big city, chinampa-like systems are conceivable — and this applies for many parts of the world.”

The benefits of creating chinampas are not limited to big cities, although the assistance it could provide urban farming would be difficult to overstate. This system could be adapted to smaller rural communities as well, especially in tropical wetlands.

Provided by: American Society for Horticultural Science [Note: Materials may be edited for content and length.]