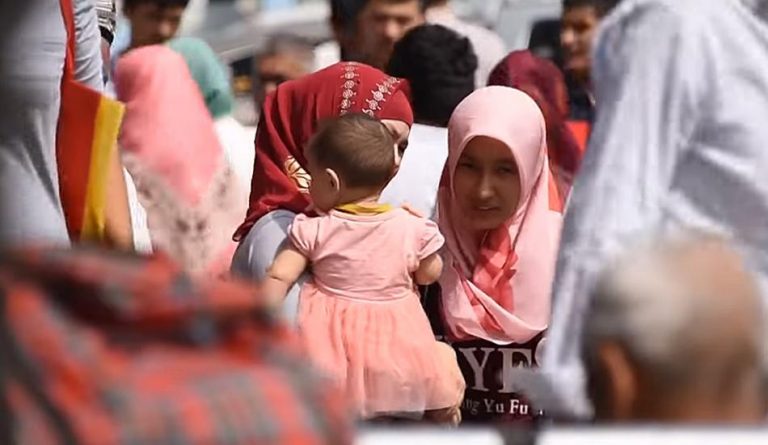 When it comes to framing policies that systematically oppress people, the Chinese Communist Party (CCP) seems to have no equal in the world. Beijing has reportedly started forcing Uyghur women to sleep together with men from the Communist Party. This is apparently being done to erase the cultural identity of the Uyghurs.

The program, called “Pair Up And Become Family,” assigns a Chinese male “relative” to a Uyghur home. These men live in those homes for a few days where they share a bed with the Uyghur women whose husbands are imprisoned in internment camps.

“The ‘relatives’ come to visit us here every two months … they stay with their paired relatives day and night… They help [the families] with their ideology, bringing new ideas. They talk to them about life, during which time they develop feelings for one another… Normally one or two people sleep in one bed, and if the weather is cold, three people sleep together,” an anonymous Communist Party cadre member said to Radio Free Asia.

When the informer was asked as to whether family members speak out against the practice of male officials staying in their homes, he reveals that many homes are actually very keen and offer whatever they have. Uyghurs who protest the practice are slapped with additional restrictions or sent to detention centers. The informer also stated that he has never heard of any incident when the male officials have attempted to take advantage of female family members. Local Party officials are promoting the habit of co-sleeping as a way to strengthen ethnic unity.

Human Rights Watch has hit out at the practice and stated that Uyghur families are never given a choice to refuse the visits. As such, the claim that Uyghurs are okay with the co-sleeping program cannot be taken at face value. Peter Irwin, a spokesman for the World Uyghur Congress exile group, says that the program is a perverse step in Beijing’s plans against Uyghur Muslims.

“What it represents is the complete destruction of the line between private and public life… Having Chinese men or Chinese police officials basically staying in their homes is not a new thing, but it’s about keeping tabs on people as closely as possible… It’s a program to eliminate the identity of Uighurs by ensuring that people cannot express themselves,” he said to Independent.

U.S. Secretary of State Mike Pompeo recently stated that he was troubled by several reports of harassment that Uyghur families were facing at the hands of the Chinese regime. “In some cases, these abuses occurred shortly after meetings with senior State Department officials… We once again call on Beijing to cease all harassment of Uyghurs living outside of China … and to allow families to communicate freely without repercussions,” Pompeo said in a statement (The Epoch Times).

According to the United Nations, at least 1 million Uyghurs have been sent to detainment camps where they are indoctrinated with communist ideologies and tortured. Pompeo highlighted the plight of Zumrat Dawut, a Uyghur woman who had spoken about her experience at the internment camp at the sidelines of the recently concluded United Nations General Assembly.

The U.S. government recently passed a blacklist of Chinese companies that are thought to be involved in the repression of Uyghurs. These companies are banned from dealing with American firms unless approval is given by the U.S. administration.